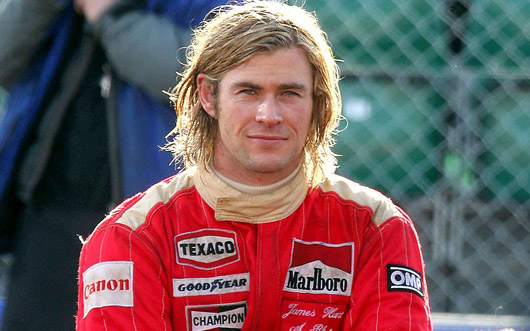 The Golden Globes always bring a new scandal or two with their crazy membership and voting. This year is no exception. Here’s the latest story circulating around town.

It does seem unusual that Ron Howard’s “Rush” (a movie I loved) received a Globes nomination for Best Picture, Drama. The movie made no money and had no audience.

On the other hand, “Saving Mr. Banks,” with Tom Hanks and Emma Thompson, was omitted completely from the comedy/musical category. It’s a comedy and a musical with music from the internationally popular “Mary Poppins.” It’s also a big hit at the box office. It’s the opposite of “Rush.”

I am told that there was a lot of politicking among the 90 voters of the loopy Hollywood Foreign Press for “Rush.” More than usual, and it was “very personal,” says a source. “Rush” comes from Imagine/Universal. There may be an HFPA member with a professional tie to the company, I am told. “They really campaigned like crazy for Rush,” they say.

But “Rush” and “Banks” aren’t in the same category. Add to the mix “Nebraska,” a drama, appearing in the comedy section. If “Rush” had not been in the drama section, that’s where “Nebraska” would be. Putting “Nebraska” in comedy gave “Rush” an opening in drama. But it also slighted “Mr. Banks” since “Nebraska” got that spot.

Could an HFPA member be connected to Imagine? It’s not so far fetched. Most of the HFPA members would be hard pressed to produce  evidence of their being “press.” Many of them — reported in lots of places, not just here– have other jobs connected to the industry. Most of the members, when you Google them, only show up as members of the Hollywood Foreign Press. The bulk of them work for obscure, third level publications as freelancers.

In the end, though, no one could save Mr. Banks. That movie, like “The Butler,” “Mandela,” and many others were of no interest to the HFPA.

The good betting, by the way, is that “Gravity” will win Best Picture, Drama on Sunday. It’s not very complicated, features the HFPA’s two favorite stars and is blissfully short.