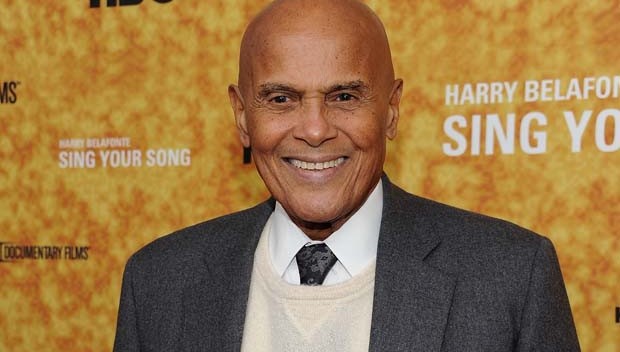 British director Steve McQueen was heckled last night at the New York Film Critics Circle Awards while he was collecting his prize for “12 Years a Slave.” Contrarian CityArts critic Armond White yelled out “F…k you!” while the director was giving his speech.

The dinner was held at the Edison Hotel Ballroom, formerly the Supper Club on West 47th St., and was hosted by critic Josh Rothkopf. In the audience were newcomers and stalwarts including veterans like Rex Reed and Kathleen Carroll, Joe Morgenstern and David Denby. Each critic is introduced by name from their table, with commensurate applause from the audience.

The heckling is beginning to be a yearly habit for White, a 6 foot 4 inch man with an imposing voice. Last year the contrarian critic yelled “F…k you!” at Michael Moore when he made what White thought were derogatory comments about the Catholic Church during his best documentary presentation to David France for “How to Survive a Plague,” about the AIDS crisis.

So during the reception Monday evening, before the awards ceremony began, I jokingly asked Armond what he was going to say to Steve McQueen if he ran into him.

“I’m going to tell him I liked ‘American Hustle,’” he cracked.

The New York Film Critics Circle Awards are not televised and they tend to be pretty loose and wacky but they were uncharacteristically restrained this year, that is until McQueen took the stage.

First legendary American singer, songwriter, actor and social activist Harry Belafonte, presented McQueen with his award. Belafonte received a  thunderous standing ovation. In the most elegant and moving speech of the evening, which lasted 9 minutes, he spoke of the negative images of blacks depicted in films like “The Birth of a Nation” and “Tarzan.”

In his tribute to McQueen, Belafonte said, “A lot is going on in Hollywood, a lot to be cynical about,” Belafonte said, “but at this moment, I think what is redeeming, what is transforming, is the fact that the genius of an artist who’s of African descent, but he’s not from America,” made a film about slavery that “sets the stage, that answers the charge made by ‘The Birth of a Nation,’ that we’re not a people who are rapists, abusers, absent of intelligence, absent of soul and art and desire. In this film, ‘12 Years a Slave, Steve steps in and shows us in a nobler way the depth and the power of cinema.”

“Now, I can say, in my 87th year of life that I am joyed and overjoyed to have lived long enough to have seen Steve McQueen step into our space and for the first time in the history of cinema, give us a work, this film, giving us the depths of who we are as a people, (that) touches the depths of what America is as a country and gives us the sense of our understanding more deeply of what our past has been, how glorious our future will be and could me.”

Belafonte turned to McQueen, “We look forward to great anticipation what you do in the future. But if you never did anything else, many in your tribe – many in the world – that you have found the genius to show us the way the future should be are forever eternally grateful to say we are of African descent.”

When McQueen took the stage he hissed,  “Fuck you!”

Someone else yelled out, “Quiet!”

“Thank you, Harry. Thank you so much!” McQueen said, and then paid tribute to his “12 Years a Slave” star Chiwetel Ejiofor, who he said was “the only actor I could think of to play the role” of Solomon Northup. “He possesses the inherent sense of grace and dignity, Chiwetel, which this man (Belafonte) personifies.” He added that he was “honored to share” the award filmmakers who “shaped” him as a “filmmaker,” mentioning Ingmar Bergman, John Ford and Woody Allen, who have all been honored with New York Film Critics Circle Awards.

At the mention of these famous directors, White yelped, “Pulease!”

McQueen either didn’t hear the taunts or else he pretended he didn’t. He continued his speech and thanked critics who helped his film by their reviews and articles. “Because it has taken will power for some people to see this film” and “also to confront their past and our collective future.”

“Yeah!” Armond yelled out from the back of the theater.

“And the great thing about it is that it is brilliant acted and it’s brilliantly directed,” Bogdanovich added. “And the last three films of David’s that I’ve seen were all brilliantly acted. The whole ensemble is superb and that means the guy that’s watching over them is pretty damn good.”

But Belafonte was a hard act to follow and all Russell said was, “Harry Belafonte’s knocked my lights out.”

After the awards ceremony I asked Redford for his final thoughts on the evening.

“Very uplifting. I think primarily to hear all my colleagues talk about their love of their work and acknowledging each other. I think that and the fact that I was honored by the New York critics, those two things together, made my evening.”

Oscar Isaac said the evening’s highlight was Belafonte’s speech, “hearing him talk, so beautifully and movingly, that was pretty amazing.”

He told me the highlight of the evening was his win as best director and Belafonte’s speech. “I’m speechless right now because of Harry’s speech. I can’t even think.”