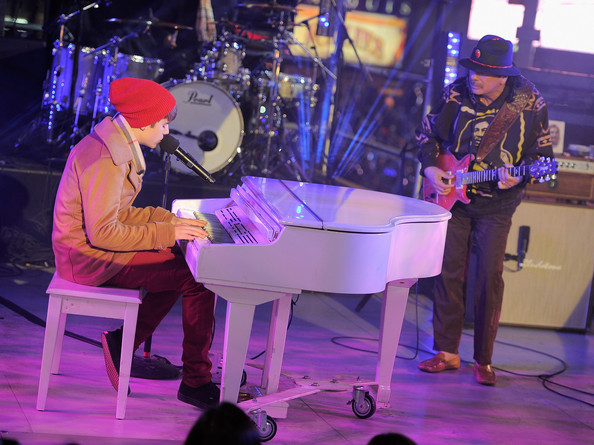 10PM WEDNESDAY: The box office disaster of Justin Bieber’s “Believe” album is spreading to other parts of his career. His new “Journals” album has dropped on the iTunes album chart to number 12 after less than a week. The failure of the film has infected the album sales. When numbers for album sales are counted on Monday, there are going to be surprises galore about what went on during the two week holiday.

As I noted last month, Bieber has no support at radio. His records aren’t played. His sales of albums was based purely on teen pop stuff– magazines, gossip columns, the internet. “Journals” debuted to no radio play. None of the tracks broke out as singles. And now the weight of the thing is pulling it down. Also, as I’ve noted too, the fan base is aging. They are letting go and moving on to the next step.

Watch for Bieber’s sales numbers, as well as Britney Spears’, to cause much noise on Monday…

EARLIER: Yikes! Not to bead a dead horse (or a dying one) but Justin Bieber’s New Year’s Day box office is seriously serious. According to an estimate send out by Open Road, “Believe” will make $195,181 by the end of today. That makes its cume still less than the $5 million they claim it took to make. And of course that’s ridiculous right there, or just inventive accounting. Open Road had to spend at least that on advertising and prints. “Believe” is about to disappear entirely after a one week run. Fame is fleeting! That $195k is quite a fall off from the day before, at $460K.