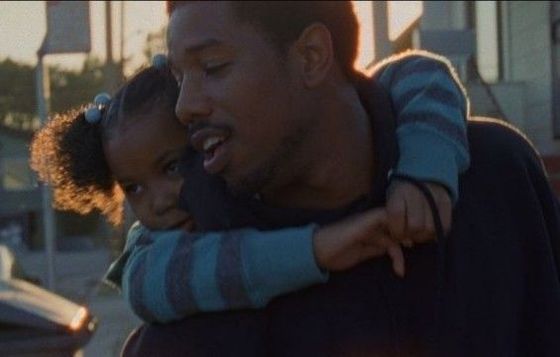 I’ve read a lot of lists in the last week. Some are pretty straightforward. Some make no sense at all. But these, I think, were the best films of 2013. And this is not an Oscar prediction list, or even what should win an Oscar. It’s just what hit me, or made me think that this was the best crop of movies I’d seen in a long time.

1. Fruitvale Station No one other film affected me as much Ryan Coogler’s astonishing debut as a director. I saw “Fruitvale” first in Cannes, then again during the summer. Each time it stayed with me for weeks. The tragedy of “Fruitvale” is that it had to be made at all. This is a very true story about the unwarranted murder of Oscar Grant. But let’s get beyond that. Michael B. Jordan, Melonie Diaz, and Octavia Spencer are just beyond superb. Cooger, who was 26 when he made the film, simply falls into a zone where he’s managed to entrance the audience. It’s all so real that a friend of mine said to Michael B. Jordan, upon meeting him, “I’m so glad you’re alive.” Coogler is so young, he may stumble a bit on the way. But it seems like he has what it takes.

2. Inside Llewyn Davis I have personal reasons for loving this movie. My uncle was a Llewyn Davis: roamed around Greenwich Village playing the guitar, singing, making little records. Like Llewyn Davis, he just didn’t have the killer instinct to become a star. Oscar Isaac, who’s been waiting for his breakthrough role, rises to the occasion as Llewyn spends more time concentrating on a cat than on his career. The Coens catch all the nuances of the time period. As usual the script is quirky. Nothing is neatly tied up. You could imagine that once the film ends, the story just circles back and starts again many times. These people are lost in their own continuum. You do feel bad knowing that when the Beatles arrive in February 1964, the game is up.

3. Nebraska Not the movie I wanted to see as I sat down in a theater in Cannes. The midwest? Black and white? But then you watch Alexander Payne, a true artist who rarely missteps, deliver these people, their predicament dealing with Bruce Dern’s Woody, who’s got one last mission left in life. June Squibb is wonderful as Woody’s wife. But it’s Will Forte and Bob Odenkirk as the sons who know Woody’s faults and don’t blame him for anything. They simply accept him. Payne and screenwriter Bob Nelson avoid every single cliche. In any other hands there would be recriminations among the central family. But these people love each other and are loyal. They are an actual family. This isn’t to say they are the Cleavers or the Bradys. They just take life as it comes, and respect each other.

4. American Hustle David O. Russell made two quirky films– Slapping the Monkey and Flirting with Disaster. Then came “Three Kings,” a mini masterpiece that caused a major fight with star George Clooney. “I Heart Huckabees” was next, and it was a disaster. It looked like Russell was finished. But what’s followed are a trio of top notch stories– “The Fighter,” “Silver Linings Playbook,” and now “American Hustle.” Russell somehow discovered kindness. As with “Nebraska,” the characters like each other, so we like them. We root for them even when they’re doing bad things. Jennifer Lawrence has the flashy role. But Amy Adams is the true heroine of this piece. She’s remarkable. Christian Bale and Bradley Cooper are the Ricky and Fred to the ladies’ Lucy and Ethel. They’re the straight men. The sum total of the quartet is a 10.

5. 12 Years a Slave You can’t imagine the number of people who told, after watching this movie, they had ‘no idea’ slavery was so bad. Steve McQueen’s historical reach for truth is literally the “Schindler’s List” of the black experience. Didn’t you wonder why we had the Civil War? This was why. Yes, “12 Years” is brutal. No kindly plantation owner is coming to help anyone. People are killed, families are destroyed, despicable things happen to the blacks enslaved by Southern whites. This is the most important movie of 2013 and the last 10 years. It took a black man from Britain to make it.

6. The Butler Somehow Lee Daniels’ movie got minimized by “12 Years.” It shouldn’t be. Danny Strong’s original screenplay is a well oiled machine that manages tell Cecil Gaines’s story as the White House butler as it reflects the civil rights movement. Forest Whitaker and Oprah Winfrey are exceptional. David Oyelowo is dead on as their son, and as Strong’s device to recount history. I think Daniels shot too much. In the end, scenes were cut, so were some of the actors playing presidents and first ladies. There’s a choppy feeling that could still be smoothed out. But there’s also a grandeur to “The Butler.” Forest Whitaker makes this an elegant saga. He doesn’t get enough credit. There’s also superb performances from Cuba Gooding Jr., Lenny Kravitz, and Terrence Howard.

7. August: Osage County Here’s the best ensemble work by a group of heavyweights who could have eaten each other alive– as well as the scenery. Meryl Streep isn’t always perfect, but she’s always close to it. I actually enjoyed this performance more than Margaret Thatcher in “Iron Lady,” which got her an Oscar. The thing is, she can “find” a character better than anyone. Violet Weston drives everyone away from her in Tracy Letts’s wicked comedy-drama that is, ultimately a tragedy. The dinner party scene from start to finish is a miracle. Chris Cooper and Margo Martindale are sublime.

8. The Wolf of Wall Street You could write a book about this movie. Martin Scorsese is playing with fire because Jordan Belfort, the vile central character, is still a real person. He’s out there making money. He paid a very small price for his crimes. But let’s skip back to the movie. Scorsese can add several scenes from “Wolf” to his clip reel of classic moments, starting with the “Quaalude-country club” sequence. Wow. Leonardo DiCaprio pulls off a Jerry Lewis-Buster Keaton kind of physical comedy missing from movies for a long time. Matthew McConaughey also delivers a transplendent moment in the first 15 minutes for which he deserves a special award.

9. Blue Jasmine Woody Allen beat Scorsese to the punch with an original idea along the same lines, but set in contemporary times. What if Ruth Madoff were Blanche from “Streetcar Named Desire”? If you’ve seen this movie you realize that Jasmine creates her own miserable future as husband Alec Baldwin seems to destroy her life. This is why Woody’s screenplay is so startling. Alec is bad but he’s not the villain. She is; Jasmine brings down her own house of cards. Cate Blanchett is perfect, but so are Sally Hawkins, Bobby Cannavale, and the whole cast.

Another great original script, from Spike Jonze. The strange thing about Jonze’s story is that while it’s set in the future, it feels like a movie from the ’70s. A lot of this has to do with Scarlett Johansson’s purring voice, and the gamble Jonze takes having a character you simply don’t see throughout the film. It’s enough that you do see Joaquin Phoenix and Amy Adams. Phoenix holds the screen so tightly in every frame you think somehow he’s going to will everything to go his way. “Her” is probably the only film from 2013 that we’re going pull out on DVD and play a lot in years to come.