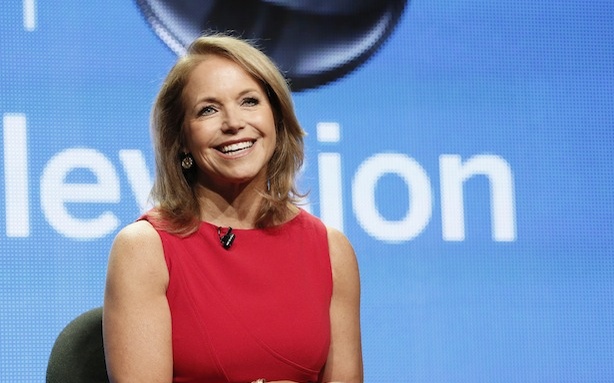 Katie Couric’s talk show is over after two seasons on ABC. The official announcement comes on the heels of the news that Katie has also left ABC News for Yahoo! to do something. “Katie” was never a hit. Couric was never comfortable in the talk show format, much as Jane Pauley wasn’t eons ago.

Talk shows are no place for people with news backgrounds. Couric just couldn’t adjust to the daily routine of churning out nonsensical chit chat. She also wasn’t good with ‘regular’ people. While Oprah thrived on the audience, Couric seemed mystified by them. Her forte is interviews with top leaders and celebrities. And that is not the stuff of talk shows.

The “Katie” cancellation is ironically timed since ABC just released those great figures on “General Hospital.” Couric’s show was meant originally to replace the soap opera. It was part of a larger scheme that did cancel “All My Children” and “One Life to Live.” Now ABC has a vacant hour again. Meanwhile, Meredith Vieira, who succeeded Katie on the Today Show, will come in the fall with her own talk show on NBC.

White Lotus Is Back! Here’s the Trailer for the Sumptuous New Season Set in Sicily

Jamie Lee Curtis: In 2019 She Had a Great Time Making “Knives Out,” Now She “Was Sad and Isolated”– Which Was It?