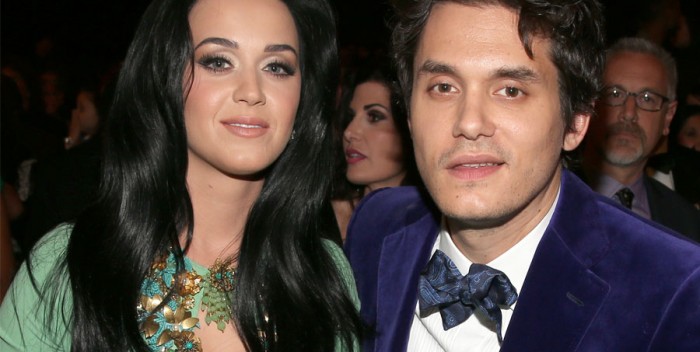 How badly do Katy Perry and John Mayer want Clint Eastwood to cast them in “A Star is Born”? They took their audition to the hyena fest known as “Good Morning America” today, appearing on a couch and discussing their romance with George Stephanopolous. The occasion was the “release” of their video duet called “Who Do You Love,” a song from Mayer’s flop album “Paradise Valley” which was released back on August 27th.

“Paradise Valley” is currently number 147 on Billboard’s Top 200 Album chart. It’s sold fewer than 350,000 copies. Perry’s “Prism” album is number 9, and has sold a bazillion CD and downloads thanks to Perry’s “Roar” single.

They’re each very talented. And Mayer, formerly given to giving embarrassing quotes, at least didn’t used to flog his romances on TV. Why are they now pursuing the path of Jessica Simpson (a former Mayer flame) and Nick Lachey?

Money, baby. It’s all about money. Mayer had to do something to get “Paradise Valley” back in the game. But really, this? And it’s not even for charity.

On a separate note, I’ve been enjoying a Mayer song called “Gravity.” I think it’s because of the Sandra Bullock movie. They should have used it as the theme song.

As for “A Star is Born”: Clint, there’s your cast.

PS Mayer just fired his long time manager, Michael McDonald (not the singer). Could it have been over a decision like this?