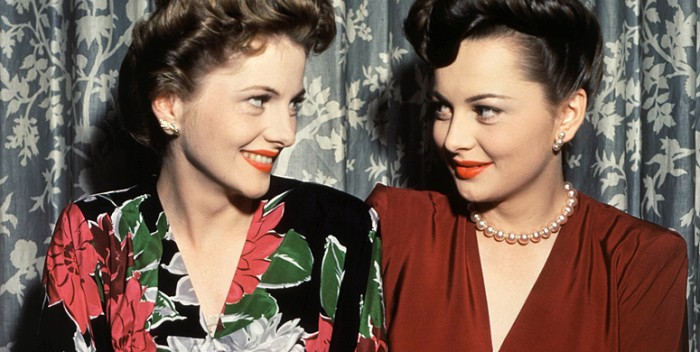 Olivia de Havilland and Joan Fontaine were Oscar winning sisters who didn’t like each other. According to Hollywood lure, they stopped speaking to each other at least 40 years ago over who was more successful. Yesterday, Fontaine finally surrendered, and died at age 96. That leaves de Havilland the winner at 97.

de Havilland’s Oscars came in 1947 and 1950, for The Heiress and To Each His Own, respectively. She had three other Best Actress nominations.

She also won the New York Film Critics Circle back to back in 1948 and 1949, for The Snake Pit and The Heiress. Her resume also lists Golden Globe wins and the National Board of Review.

Fontaine only won one Oscar, in 1941, for Suspicion, and was nominated two other times. Fontaine also won the New York Film Critics. She was even nominated for an Emmy Award for the soap opera “Ryan’s Hope.'”

Fontaine’s death this weekend was one of three Hollywood stars who passed away. Peter O’Toole, the great British actor, died at 81. And Tom O’Laughlin, star of the “Billy Jack” movies, but not exactly a “star” in the sense of Fontaine and O’Toole, died at 82.