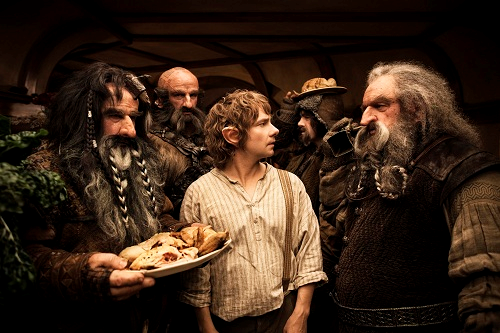 Things don’t look so good for “The Hobbit: Desolation of Smaug.” Maybe no one knows what the title means. Anyway, smaug won’t be the weather problem affecting this movie. Snow is going to hurt its box office tonight.And that’s not good since last night “Desolation” opened to a healthy but disappointing $31 million. That’s around $6 million less than “The Hobbit: An Unexpected Journey,” or Part 1. I think the Tolkein effect is starting to wear off.

Reviews were better for Part 2 than Part 1. But that doesn’t seem to matter. Frankly, after getting seasick in Part 1 with the special way it was filmed, and the 3D, I’m done anyway. “Desolation” will finish the weekend lagging behind “Journey” but by the time Part 3 comes out, and the whole thing has been milked on DVD packages etc, Peter Jackson will be able to build extra New Zealands all over the world.

A tip of the hat to the Weinsteins, who had the original “Lord of the Rings” rights, and Michael Lynne and Bob Shaye who made the original movies at New Line.