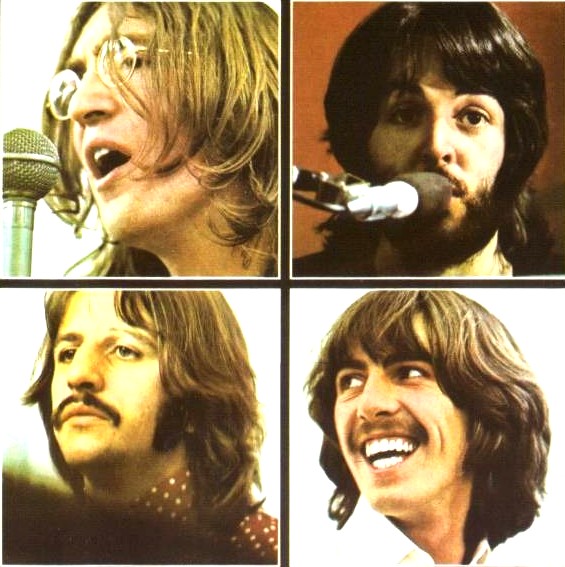 John, Paul, George and Ringo will receive the Grammy Lifetime Achievement Award this year on the 50th anniversary of the Beatles’ arrival in the United States. Others getting the award on January 25th right before Clive Davis’s annual pre-Grammy dinner and concert include Kris Kristofferson, the Isley Brothers, and Clifton Chenier. Ennio Morricone is among the winners of the Trustee’s Award. And Rick Hall, the man behind Muscle Shoals studios, is also getting a special award.

The Beatles will also get a special concert two days later at the Los Angeles Convention Center, with various artists playing Beatles songs.

It’s unclear if Paul McCartney or Ringo Starr will participate in all this, but my guess is they will. Why not? They’re the whole reason for this hoopla. Olivia Harrison and Yoko Ono are sure to be there, too.

In between, MusiCares will honor Carole King on Friday night January 24th as Person of the Year.

Meanwhile, in New York, there are lots of plans coming together for a 50th Beatles weekend. Stay tuned for more details.

SANTA MONICA, Calif. (Dec. 12, 2013) —The Recording Academy® announced its Special Merit Awards recipients today, and this year’s honorees are: the Beatles, Armando Manzanero, Clifton Chenier, the Isley Brothers, Kraftwerk, Kris Kristofferson, and Maud Powell as Lifetime Achievement Award recipients; Rick Hall, Jim Marshall and Ennio Morricone as Trustees Award honorees; and Emile Berliner and Lexicon as Technical GRAMMY® Award recipients. A special invitation-only ceremony will be held during GRAMMY Week on Saturday, Jan. 25, 2014, and a formal acknowledgment will be made during the 56th Annual GRAMMYAwards® telecast, which will be held at STAPLES Center in Los Angeles on Sunday, Jan. 26, 2014 and broadcast live at 8 p.m. ET/PT on the CBS Television Network. For GRAMMY® coverage, updates and breaking news, please visit The Recording Academy’s social networks on Twitter and Facebook.

“It is a great privilege to recognize such an exceptional group of honorees and celebrate their accomplishments and contributions to the recording industry,” said Neil Portnow, President/CEO of The Recording Academy. “This astoundingly unique and gifted group have created some of the most distinguished and influential work in our musical history. Their legacies are timeless and legendary, and their creativity will continue to influence and inspire future generations.”

The Lifetime Achievement Award honors performers who have made contributions of outstanding artistic significance to the field of recording while the Trustees Award recognizes such contributions in areas other than performance. Both awards are determined by vote of The Recording Academy’s National Board of Trustees. Technical GRAMMY Award recipients are determined by vote of The Academy’s Producers & Engineers Wing® Advisory Council and Chapter Committees, as well as The Academy’s Trustees. The award is presented to individuals and companies who have made contributions of outstanding technical significance to the recording field.