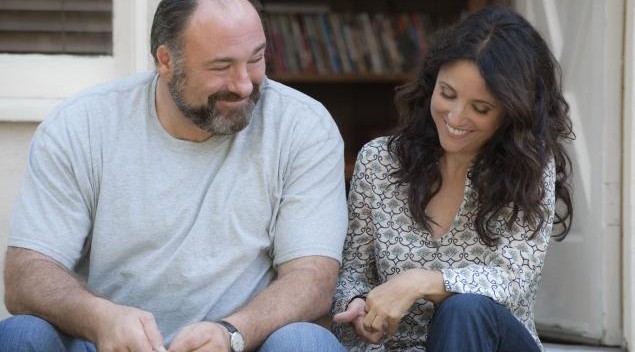 Amy Poehler and Tina Fey should have a good time explaining this on the Golden Globes. In the category of comedy-musical, the Hollywood Foreign Press has chosen exactly 1 comedy-musical and 4 dramas.

The actual comedy-musical is the Coen brothers’ “Inside Llewyn Davis.” It’s a comedy, with songs. Fair enough. Oscar Isaac was also nominated.

But the four other nominees are dramas with humor. And no songs, although “American Hustle” has an outstanding soundtrack of 70s hits. “Wolf of Wall Street” is a tragedy of epic proportions, with laughs. “Her” is a sci-fi fantasy with few laughs. It’s sardonic. “American Hustle” is a satire, and a drama. Again with humor to punctuate it. “Nebraska” is a melancholic, wry family drama. If that’s a comedy, Buster Keaton is running around in heaven, screaming.

The Globes missed “Enough Said,” Nicole Holofcener’s gem of an actual comedy. They also bypassed James Gandolfini’s fine work in that film. At least they also ignored “We’re the Millers,” the atrocious wanna be comedy.