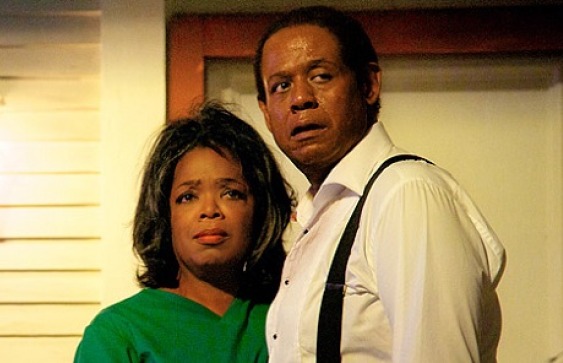 The SAG Awards showed a couple of things: first, Lee Daniels’ “The Butler” came roaring back after critics groups forgot it. The movie, released in August, picked up three of the five major SAG Awards: Best Ensemble, Actor, and Supporting Actress– the latter for Forest Whitaker and Oprah Winfrey.

I told you in August that Oprah would sweep through Best Supporting Actress at all the awards shows. “The Butler” may shape up as the surprise Oscar nominee. It’s in 1007 theaters right now. Let’s see if today’s news and maybe tomorrow’s don’t bring a new audience into theaters.

Then: “American Hustle” has a problem. Such a great movie, but voters are thinking of it only as an ensemble. Jennifer Lawrence’s flashy work is getting her into the Supporting category. But all four actors should be nominated. Somehow. Amy Adams is spectacular in this movie. Christian Bale and Bradley Cooper are at the top of their games.

And: Robert Redford! No nomination! “All is Lost” couldn’t be a Best Ensemble (although somehow it made it for Best Ensemble Stunt Work.) He’ll be back for the Oscars.

Also snubbed: “Nebraska,” “Her,” “Inside Llewyn Davis.” Surprised by all.