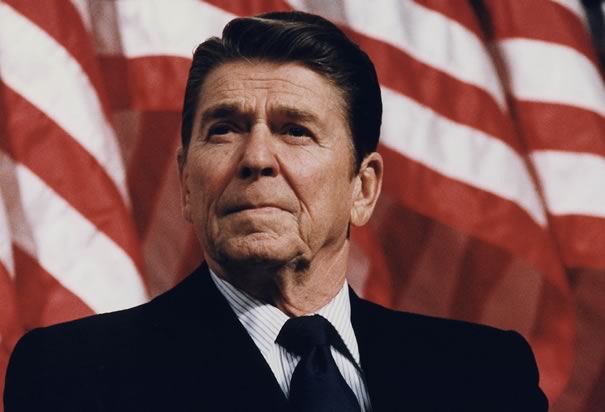 UPDATE: I published this back on August 17th. But because people are searching for it, I thought I’d republish now. It’s sort of amazing that Reagan, the president of the 1980s, had no thoughts or conversations about Nelson Mandela languishing in an island prison for what became 27 years. The diaries are 784 pages and weigh almost 3 pounds.

FROM AUGUST 17TH, 2013: There’s a debate raging that Lee Daniels’ “The Butler” is not fair to Ronald Reagan about apartheid. In fact, both Nancy and Ronald Reagan come off very well in “The Butler.” But as far as apartheid goes, it’s best to go to Douglas Brinkley’s officially sanctioned book, “The Reagan Diaries.”

A couple of things– the word Mandela never comes up in eight years, not once. Reagan says he “detests” apartheid, but does nothing about it. He refuses to implement sanctions against Botha and the South African government. Reagan doesn’t like Bishop Desmond Tutu. (He’s “not a fan of Desmond Tutu.” He notes that Rev. Billy Graham questions Tutu’s “stature.” Reagan says he will veto a sanctions bill, and eventually does. The congress overrode him.

Here are the pertinent diary entries, all written by Reagan himself:

Pres. Kaunda of Zambia arrived. A good meeting & lunch. I think he feels good about the trip. We made clear we detest Apartheid but believe we can do better with S. Africa by persuasion—

Met with Zulu Chief Buthelezi of S. Africa. I admire him greatly. I told him I was not a fan of Bishop Tutu.

Bishop Tutu of S. Africa came in. I’m sure he is sincere in his belief that we should turn our back on S.A. & take actions such as sanctions to bring about a change in race relations. He is naïve. We’ve made considerable progress with quiet diplomacy. There are S. Africans who want an end to Apartheid & I think they understand what we are doing. American owned firms in S.A. treat their employees as they would in Am. This has meant a tremendous improvement for thousands & thousands of S.A. Blacks. There have been other improvements but there is still a long way to go. The Bishop seems unaware, even though he himself is Black, that part of the problem is tribal not racial. If apartheid ended now there still would be civil strife between the Black tribes.

Billy Graham for dinner tonight. Very interesting— his experiences in the Soviet U. & S. Africa. He questions the stature of Bishop Tutu.

It seems like Monday but then yesterday seemed like Sunday. Geo. Bush reported on his day in Atlanta— the various programs celebrating Martin Luther King, Jr.’ s birthday. Bishop TUTU of S. Africa took advantage of the day to kick me & our admin. around.

Met with So. African Chief of Zulus, Gatsha Buthelezi. He’s a very impressive man— well educated & while dedicated to ending apartheid in S. Africa still is well balanced & knows it will take time. I’d quoted him in my own speeches before I ever met him.

Staff briefings— this time with Sec. Shultz on hand. Some discussion of S. Africa & the legislation some in Cong. are cooking up to have us take extreme actions like taking Am. investment out of S.A.— Sanctions etc. Of course then we’d have no contact or ability to help rid them of apartheid. Besides Am. investment is only 1% of S.A. investment.

Staff meetings here in W.H. & then an NSC meeting in the old treaty room. Subject S. Africa. We’ve quietly influenced the S.A. G. to a number of changes benefitting Blacks. Now our Congress yielding to demonstrations, etc. is debating legislation to impose sanctions on S.A. Govt. We’re opposed. It isn’t a solution to the problem of apartheid & it will hurt the very Blacks we’re trying to help. I think we’re all agreed on continuing & even stepping up our present program but resisting the other. We’re off to Camp David. From there I’ll call Margaret Thatcher at George Bushes house— sorry we can’t get together while she’s here.

Saw our Ambas. off on his return to S. Africa. Then at 10: 30 I went before the press & read a statement about the exec. order I would sign listing things we were going to do with regard to Apartheid in S. Africa. Many were things included in the Cong. bill calling for sanctions. I explained these were things I would agree to but eliminated parts of the bill I did not favor & that I would veto the bill if it came to my desk. This wouldn’t have been necessary if I had line item veto.

Congress eventually overrode Reagan’s veto of the bill to impose sanctions. After this, there’s no mention again from 1986 to Reagan’s exit in January 1989 of South Africa or apartheid:

Today’s Senate vote should not be viewed as the final chapter in America’s efforts, along with our allies, to address the plight of the people of South Africa. Instead, it underscores that America — and that means all of us — opposes apartheid, a malevolent and archaic system totally alien to our ideals. The debate, which culminated in today’s vote, was not whether or not to oppose apartheid but, instead, how best to oppose it and how best to bring freedom to that troubled country.

I deeply regret that Congress has seen fit to override my veto of the Comprehensive Anti-Apartheid Act of 1986. Punitive sanctions, I believe, are not the best course of action; they hurt the very people they are intended to help. My hope is that these punitive sanctions do not lead to more violence and more repression. Our administration will, nevertheless, implement the law. It must be recognized, however, that this will not solve the serious problems that plague that country. The United States must also move forward with positive measures to encourage peaceful change and advance the cause of democracy in South Africa.

Now is the time for South Africa’s Government to act with courage and good sense to avert a crisis. Moderate black leaders who are committed to democracy and oppose revolutionary violence are ready to work for peaceful change. They should not be kept waiting. It would be tragic to lose this opportunity to create a truly free society which respects the rights of the majority, the minority, and the individual. There is still time for orderly change and peaceful reform. South Africans of good will, black and white, should seize the moment.