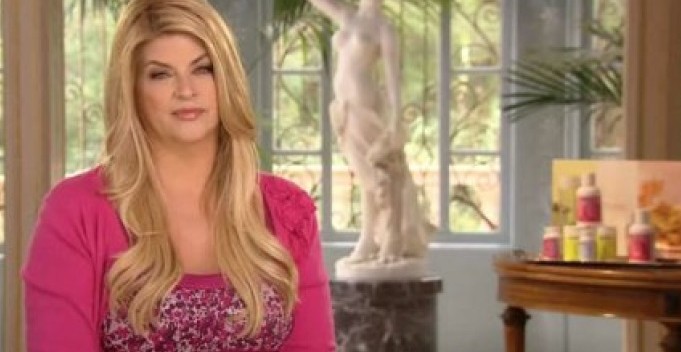 Kirstie Alley is crazy, and it’s sad. She attacked Leah Remini on the Howard Stern Show this week. “There are tens of millions of Scientologists in the world,” Alley told Stern.This is utterly ridiculous. Estimates are about 40,000. You hear Alley blow smoke through every orifice at 34:00 minute mark on the audio below.

Alley told Stern that when she told her mother she was joining Scientology, mom handed her a dictionary and said look up the word Cult. Unfortunately Kirstie didn’t know how to use the dictionary. So she saw the definition as “new culture.” She’s the most dangerous kind of celebrity.

: a small religious group that is not part of a larger and more accepted religion and that has beliefs regarded by many people as extreme or dangerous : a situation in which people admire and care about something or someone very much or too much: a small group of very devoted supporters or fans

Stern asked if Alley is upset with Leah Remini. She says anyone who goes against her religion is “my enemy.” “I’ve blocked her on Twitter because she’s a bigot.”

Alley doesn’t acknowledge that Scientology is a cult, it’s not a religion. Scientology gained tax free status with the IRS, and now they call themselves a religion.

Robin Quivers: “You do you have a religion that kicks people out??”

Alley: “No.” Pause. “Well it depends.”
More from the Dictionary (Kirstie, honey, have someone read this to you):
Full Definition of CULT
1
: formal religious veneration : worship
2
: a system of religious beliefs and ritual; also : its body of adherents
3
: a religion regarded as unorthodox or spurious; also : its body of adherents
4
: a system for the cure of disease based on dogma set forth by its promulgator