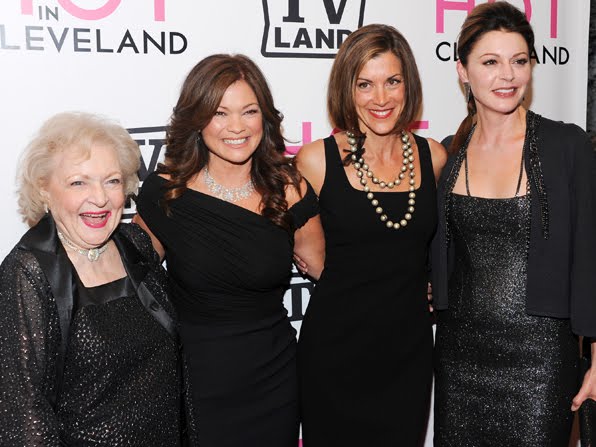 TVLand is not exactly the AMC of drama. They’ve just “renewed” a terrible sitcom, “The Soul Man,” for a third “season.” If only star Cedric the Entertainer should shed pounds the way “The Soul Man” has lost episodes with every season order. This new season is just a measly 8 episodes. That’s down from 10 in Season 2, and 12 in Season 1. TV Land is treading water until it can find something successful to replace it.

The grating “comedy” has no actual ratings. It never makes the top 50 or top 100 list of cable shows on its night, or in its week. TVLand is now touting its numbers in the narrowest range it can find: African American women ages 25-54. Talk about specific demos.

But TV Land is desperate. They’ve pinned their whole new-show schedule to “Hot in Cleveland,” a show that gets publicity but ratings not much better than “The Soul Man.” At least “Hot in Cleveland” has proven a potential syndication money maker for TV Land. They’ve actually had regular season orders– 22 or 24 episodes each– adding up to 80. In their next season, “Hot in Cleveland” will hit the magic number for syndication– 100– and TV Land can retire it to pasture. “The Soul Man,” which will never get half that far, is destined for repeats on UHF stations.