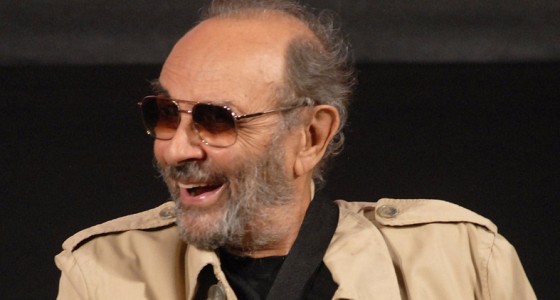 EXCLUSIVE: Stanley Donen, who will turn 90 next April, is considering a directing comeback after 30 years. The legendary director of movie musicals including “Singing in the Rain” has written a script with his significant other, the great and equally legendary Elaine May. The movie, a comedy, would be produced by Mike Nichols.

Yes, you are reading all this correctly. This is like the group from Mount Rushmore coming back for one new hurrah.

I can tell you that a couple of weeks ago there was a private reading for investors of the Donen-May script. Among the cast were Christopher Walken, Charles Grodin, Ron Rifkin, and Jeannie Berlin, the supremely talented daughter of Elaine May. Some NYU acting students also participated.

The movie is supposed to be about the making of a movie and everything that goes wrong, sources say. “The humor is very wry,” says my source.

Is Stanley Donen really going to direct this movie, I asked incredulously? “Knowing those three,” an insider quipped about Nichols, May and Donen, “they’ll all direct it!

By the way, Elaine May directed one of the greatest comedies of all time, “The Heartbreak Kid,” written by Neil Simon (1972). Just FYI.