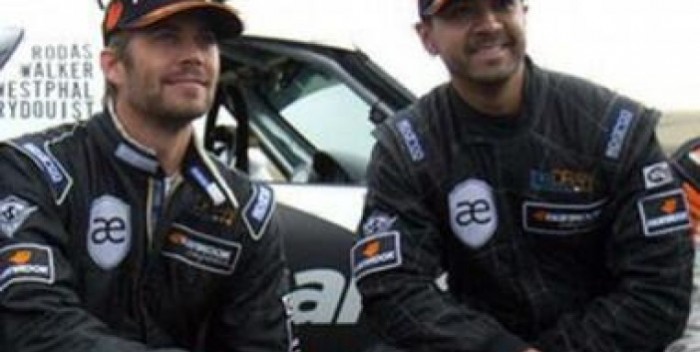 Reports say that the driver in the Paul Walker crash was former race car driver and banker Roger Rodas, who was 38 years old. Rodas was a wealth management executive for Merrill Lynch-Bank of America.

From the Merrill Lynch website, there is an irony: the pair “bonded” when they met two years ago over Rodas’s Porsche GT3, the car in which they ultimately perished.

It was at the track of a California race club that Walker met his Merrill Lynch Financial Advisor, Roger Rodas of The Rodas Group. The two struck up a conversation when Walker noticed Rodas driving a Porsche GT3 he had previously owned. Soon the two were racing side by side, as when they teamed recently with two professional drivers in a pro-am 25-hour endurance race in Thunder Hill, Calif.

As their friendship developed, Walker occasionally asked Rodas for financial advice, and they began working together formally as client and Financial Advisor in 2007. The first item on their agenda was reorganizing Walker’s portfolio, a hodgepodge of personal investments. Rodas suggested a diversified, relatively conservative portfolio of stocks, bonds, cash and alternative investments, aimed mostly at preserving capital. And because an actor’s income is sporadic, each time Walker completes another film, he and Rodas meet to re-evaluate his financial strategy to help make sure his long-term goals stay on track.

Meanwhile, Rodas helped Walker find a creative solution for maintaining his passion for cars and racing without having them become a financial burden. Maintaining and transporting his fleet requires several full-time professionals, and Walker had been funding the operation out of his own pocket. Rodas suggested an alternative: that Walker create an incorporated race shop that is bonded and insured, and that brings in income by also doing work for other drivers. “Paul said that what he saved in expenses covered all of his racing costs last year,” Rodas notes.

Meanwhile: many stories overnight noted that the event Walker and Rodas were at was a fundraiser for Philippine typhoon survivors via a charity Walker started with Rodas. But so far, Reach Out Worldwide LLC, according to its Form 990 for 2011, hadn’t actually disbursed money to anyone. It was holding $607,000 in assets.