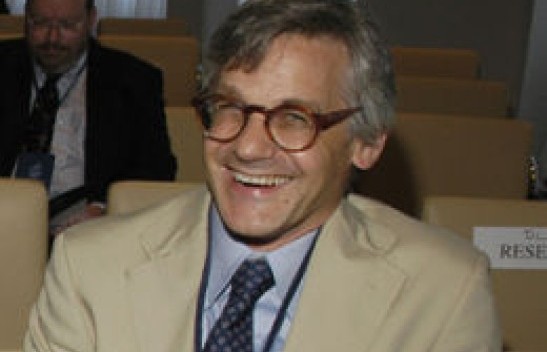 We’re waking up to a sad morning in New York: one of our own is gone. Peter Kaplan died yesterday at age 59. He was best known as the editor of the New York Observer from 1994 to 2009. A lot of writers who he trained and mentored are on Twitter already expressing their grief about his death and gratitude for knowing him.

I met Peter long before his run at the Observer. In fact, it was 30 years ago. He’d been a writer for New Times magazine. But I was at Ballantine Books, starting out as a publicist. Peter, who was getting married, had edited a trade paperback called “Single States.” It was a series of essays, serious and funny, about dating. It was one of the first books I’d been given the task of promoting.

We became fast friends. The book was cheesy but we had fun with it, and I sent Peter off to do a lot of local TV and radio. I remember we made small placards out of the cover and anointed various bars on his tour as the best Single States places to meet people. I’ve got to tell you, it seems like yesterday. It was 1983.

Peter was a character. He’d been roommates at Harvard with Bobby Kennedy Jr. and was plugged into that world. But coming from West Orange, New Jersey he was fascinated with the lore and history of New York. When I told him that I’d met the legendary Kitty Carlisle Hart he lit up like a neon sign on Broadway. His favorite book was Moss Hart’s “Act One.” All he wanted to do was meet Kitty Carlisle and convince her to let him write “Act Two.” I think we actually broached this to her, and her answer was no thanks. But the whole thing was done with Peter’s incredible charm and youthful naivete that anything was possible.

Peter and his wife Audrey lived not far from me, and I used to have breakfast with them sometimes at the famous Joe Jr’s. This was before they decamped from Greenwich Village. Peter was hired at the Times to write culture pieces. His first big ‘get’ was writing a piece about Grant Tinker, who’d become the head of NBC after his amazing run creating MTM and “The Mary Tyler Moore Show.” Tinker was very cool at the moment, and Peter was over the moon, the way a young reporter is when you score a timely subject whom you also admire. It’s a big high. http://www.nytimes.com/1984/09/30/arts/nbc-s-head-says-tv-viewers-spurn-quality-shows.html

For a couple of years in the late 80s, after running the very hip Manhattan Inc. magazine, Peter worked as Charlie Rose’s executive producer in the early days of his PBS show. Charlie loved him, although Peter had his own ideas and really needed to be the captain of his own ship. That was the Observer. I wrote several pieces for him in the mid 90s.

There’s a picture today of Peter in the Times, sitting in his Observer office. That’s the groomed version. When I think of visiting him at the offices in that crazy townhouse on East 64th St. I can see him in those clothes– the blue Oxford shirt, chinos, etc. But he used to emerge from his rabbit hole of an office hair standing straight up, shirt untucked, glasses askew. He looked like Fred MacMurray after a failed experiment in “Flubber.” It was hilarious.

But he was busy running a weekly paper that meant something in New York. The Observer was great– and I mean, great– then. From Charles Bagli and Peter Stevenson on the front page, to Candace Bushnell, and Frank DiGiacomo, Craig Unger and Joe Conason–every week, there was so much to read. And you gobbled it up.

Arthur Carter, publisher of the Observer, loved Peter. But when he sold the paper to Jared Kushner, things weren’t so good. Peter, who always seemed eternally young, was now showing 30 year old Kushner the ropes. He left to become editorial director at Fairchild within Conde Nast. And last year he started M Magazine, for men’s fashions.

You never forget the people you meet when you’re starting out. No matter where we went in life, Peter and I always knew each other from an early time. That kind of relationship is a touchstone in your memory. As various people came and went, we could see each other across the room at a publishing party and reunite with a warm handshake and a real smile. (He was a good smiler.) We were still here.

Last March I saw him at the Observer’s 25th anniversary party. A buzz cut had replaced his usual mop of hair. I thought it was a fashion statement. But it was cancer. And we exchanged emails. I apologized for making a joke about his hair. He let me off the hook with a lovely reply. He wrote:

“Dear Roger
Please do not be silly—it was a completely reasonable thing to say!
And thanks so much I feel pretty well.
You know I have real affection for you and I always will.”
The same here, Peter. I would have so enjoyed us sharing laughs about “Single States” and everything else well into our golden years. A great friend, gone way too soon.