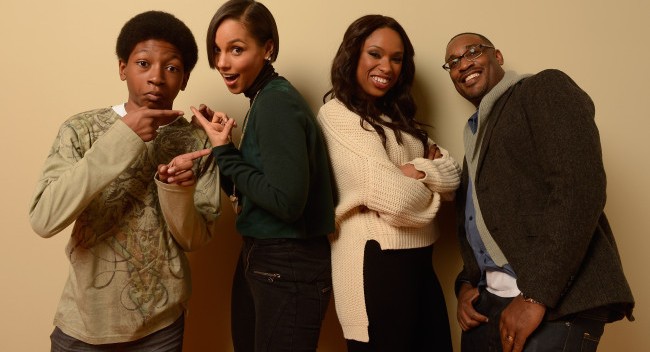 LionsGate has two movies this fall with 90% ratings on Rotten Tomatoes. “The Hunger Games: Catching Fire” is about to break box office records this weekend with a possible $150 million-plus take. Maybe the studio can use some of that money on the other 90-percenter, “The Inevitable Defeat of Mister and Pete.”

Relegated to LG’s Codeblack unit–designed to handle “urban films”– “Mister and Pete” has made a startling $496,508 since its release on October 11th. Directed by the respected and talented George Tillman Jr., “Mister and Pete” stars Oscar and Grammy winner Jennifer Hudson, Jordin Sparks, plus top tier actors Jeffrey Wright and Anthony Mackie. The movie was executive produced by Alicia Keys.

A coming of age story, the film should have been embraced as a “Stand by Me” for 2013. Critics loved it when it premiered at Sundance last January. Critics loved the final version, which was tightened up and tweaked in the editing room, sources say, by Anne McCabe (“The Newsroom).”

Instead, insiders claim, it was summarily dumped. Sources –there are at least 25 producers credited– pointed out to me that on opening day “Lions Gate didn’t even take out an ad in the New York Times.” That’s when you know you’re dead, kids. “They pitched it as a ‘black movie,’ which it isn’t, and it had no ads.

(UPDATE: Sources clarified to me that it wasn’t a matter of publicity. “It was the way the movie was marketed and distributed.”)

“Alicia Keys even has a brand new song in it that would be eligible for an Oscar. But nothing happened.” The movie was also given a throwaway “premiere” in New York–basically a photo op. (I’m not sure why studios even bother with those things.)

This would certainly contradict yesterday’s hilariously weird story in The Hollywood Reporter titled “Whites Suddenly Gripped by Black Dramas.” Apparently not. No one was gripped by “Mister and Pete” because it arrived as invisible entity.

What now? A rep for Lions Gate says they decline to comment. If DVDs or even download links are sent out to groups like the Broadcast Film Critics Association there’s still a chance that the situation is salvageable. It’s unclear if any effort is being made to get the voting guilds to special screenings. “Jennifer Hudson gives a best supporting performance,” says an insider. It would be a shame if this was just another “inevitable” defeat.

Maybe Katniss Everdeen can save it.