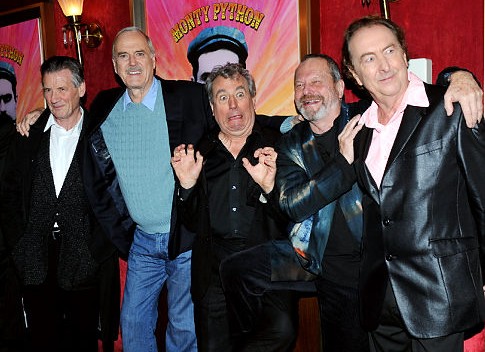 Monty Python will begin its reunion tour on July 1, 2014. I am told by sources that will be just the beginning. The kick off will be at the O2 Arena which is run by AEG Live. I had been told yesterday that AEG had discussed a big tour with the company. It does seem the group is waiting to see response to this announcement before putting up more dates.

The group says they will play Europe and America. So my scoop about the 100 shows is certainly coming clearer.

Top ticket price is 95 sterling ($152 US). The show will comprise mostly “greatest hits.” Eric Idle is directing the show. There will be lots of Terry Gilliam’s famous animation pieces.

Terry Gilliam: “There will be medical teams standing by.”