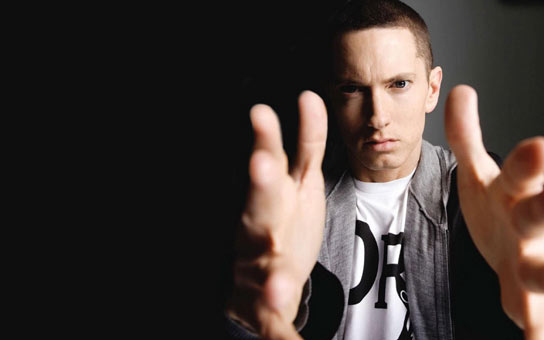 Eminem really hit it out of the park this week. His “Marshall Mathers 2 LP” sold 780,000 copies according to hitsdailydouble.com. This is thirty or forty thousand copies more than anyone expected. But the strength of that album, as I’ve said before, comes directly from the single “The Monster” with Rihanna. It just shows what a real hit single can do to drive an album’s sales if it’s timed properly.

This week, all eyes will be on Lady Gaga’s ArtPop album. Can it pull Eminem like numbers? No. But everyone will be happy if “ArtPop” does half that quantity. A 350K sale for Gaga will be met with much applause.

The other big hit this past week was an album from The Robertsons. The family from the hit cable show “Duck Dynasty” actually sold around 75,000 copies and finished at number 3. Why would anyone would want to hear those people “sing” is a mystery to me but the Duck Dynasty brand is huge right now.

The number 2 album: not to leave out Sony Music. They actually pushed Celine Dion up to 77,000 units of her “Loved Me Back to Life” CD. That number is roughly what every “adult” artist sells in their debut week of a new release these days, Five years ago there were 300,000 people who’d buy an album like that. Then there were 100,000. And now it ranges between 60K and 80K. And that’s with a lot of marketing and appearances. Paul McCartney and Elton John just saw that. Reality bites.