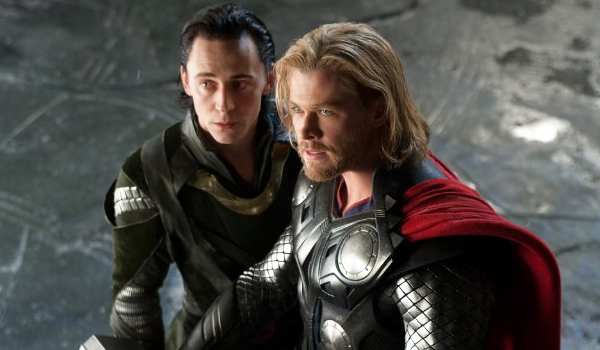 “Thor: The Dark World” didn’t hit that $90mil mark in the US this weekend, but its take was good enough. The hammer swinger took in $86.1 million here, and now has a worldwide total of $327 million. Ray Subers of boxofficemojo.com thinks that Marvel fans flocked to “Thor 2” as a kind of sequel to “The Avengers.” He may have a point. But it also did $15 mil more than the first “Thor” from two years ago.

The main point, I guess, is that Marvel has all its movies working on all fronts– The X Men and Wolverine series, Spider Man, Iron Man, Captain America, and The Avengers. They are all cross referenced through the studios that release them, too. The unexpected “Easter eggs” and flash forward teasers also make the movies must-see right away. You literally have to sit through all of “Thor 2” and some of its credits to get future info. That’s cool.

Of course one element of “The Dark World” popularity–besides Chris Hemsworth and Sir Anthony Hopkins–is Brit thespian Tom Hiddleston as Loki. Now the drum beats begin for a solo Loki movie and story. Is this possible? I don’t think so. (Sorry!) Loki is a snarky villain. It would be fairly difficult for him to carry a whole movie on his own. He certainly can’t be turned into a hero. So a new hero would have to emerge. And then the whole formula would be turned inside out.

For the same reason Catwoman’s movie was a misfire, Loki’s would be too. But let him wander through the Marvel universe, causing trouble wherever he goes. He’d be welcome anywhere. But The Joker and the Riddler didn’t get movies in the DC world, and plenty of other villains have been very happy to remain troublemakers where they’re needed.