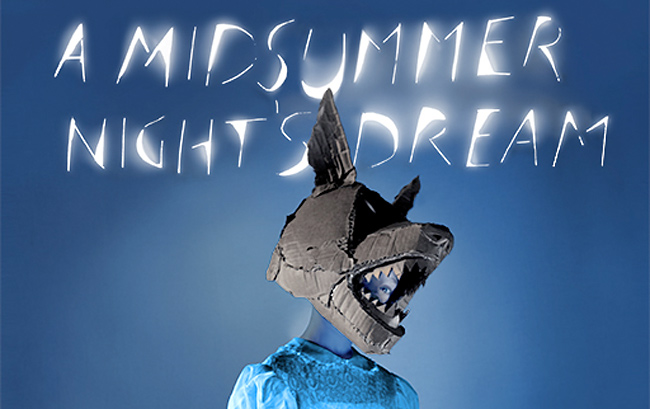 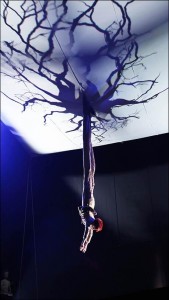 All I could think during Julie Taymor’s “Midsummer Night’s Dream” premiere in Brooklyn last night was: Shakespeare must be thrilled. He must be running around in heaven making people watch his 400 year old play brought to life in this miraculous way. Taymor had a Saturday night opening which was also the launch of the gorgeous new Theater for a New Audience in the downtown Brooklyn cultural center that includes BAM and the Harvey Theater.

Among the notables in the audience were actor Michael Shannon and actress Dana Ivey. Like everyone else they were simply knocked out by Taymor’s rendition of the Shakespeare comedy brilliantly scored by Elliot Goldenthal (Taymor’s real life partner) with nods to Henry Mancini, David Lynch and New Orleans jazz.

I rarely tell anyone to go to Brooklyn (sorry, Gen Y crowd). But you must run, not walk, and try and get into this 299 seat theater immediately. You won’t be disappointed. This is the kind of thing where people say later, “Oh I saw that in Brooklyn during its first run.”

The cast includes a show stopping career making turn for British overnight sensation Kathryn Turner. Well known in Britain, the slight 58 year old’s Puck is the performance of the theater season including everything on Broadway. She is simply amazing. A sort of Charlie Chaplin meets Marcel Marceau, Hunter (I don’t think she’s five feet tall at all) is the central presence among a huge talented cast. There are many standouts including Max Casella as Bottom, Dave Harewood (of “Homeland” fame to us) as Oberon, Joe Grifasi as Peter Quince, and Zach Appelman as Demetrius, and Roger Clark as Theseus.

The production is breathtaking– and it’s instructive. Taymor was treated so badly on “Spider Man.” But now you see her as the artist she is. This is what happens when the artist isn’t tortured, but nurtured. With “MN’sD” Taymor was allowed to do what she does best. She is a true visionary. Am I gushing? Yep. In this production there is flying, complicated hydraulics, intricate choreography, lighting, and movement. It works seamlessly ( after a lot of rehearsal, true, and the direction of the famed Neil Mazzella). There is also enormous beauty, and a real aesthetic.

And beating at the center of the production is a heart. It’s an analog show in a digital world. Taymor has basically taken some very large bed sheets, bamboo sticks, a lightbulb, stencils and shadows and made a show. There are stunning visuals in the costumes that come from nothing– she made a bunch of dog masks for the children in the show to wear from cardboard. They’re a hoot. A lion appears (a nod to the Lion King) with a crown made of paint brushes. At least two characters spent time on a hammock. The center of one segment focuses on an overstuffed living room chair covered in grass.

Go, go, go if you can get in. It’s unclear how this production could transfer or where it would go once it ends its run in Brooklyn on January 12, 2014. I just hope someone films it for posterity. Bravo!