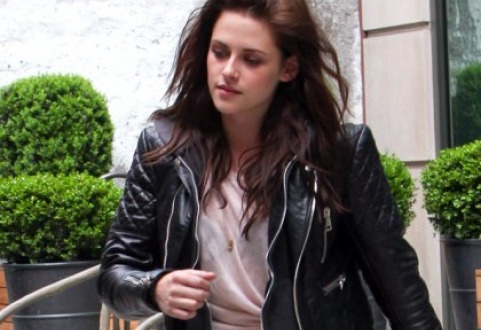 Sir Paul ends the show and is shown throughout the film.  In fact his team was filming their own version until Amir and Paul’s team got together at the last minute and joined forces. Harvey told the crowd that, “Paul, whom I spoke to today, is involved in every detail of this movie.  If God willing we ever got an award, Paul and Amir would be up there.”

“I grew up going to Rockaway,” Harvey explained.  “This was so important for all of us to do.  People were in need.”

Harvey then told the story of how Kristen Stewart agreed to meet a Middle Eastern Sheik for a half hour for $500.000. Harvey quipped, “I don’t know if we reported it to the IRS, but who gives a shit.”

I then spoke with the Amir Bar-Lev who told me that, “The film was an editing challenge.  It could have been a nine-hour movie; there was that much happening.  We wanted to keep the cameras moving so that the audience can experience the night in all of its honeycomb splendor.  We wanted it to be a democratic film.  It was New York taking care of itself, so if we didn’t move the camera around and meet roadies, fireman, fans, the people outside, as well as staying onstage, it all came together because of that. ”

How did he wind up making this film?  Amir answers, “I ran into Harvey at a ‘Django Unchained’ event, I had done the ‘The Tillman Story,’ for him.  He told me. ‘You gotta make this movie for me, you gotta be ready in a week!’  Paul McCartney also had the idea to immortalize the event in a film, and to the run up to the concert there were two different films being made. It culminated in a stand off between their crew and our crew and was very acrimonious. At a certain point in this argument, I said, why are we making two films? Why don’t we make one film?  This is crazy, it’s a charity event, and we shouldn’t be fighting over this.  Besides it’s a Beatle.  The guy I was fighting with and I hugged, we then had a production meeting right before the concert and joined forces.  The finished film is a combination of both of our footages.  So all is well.”