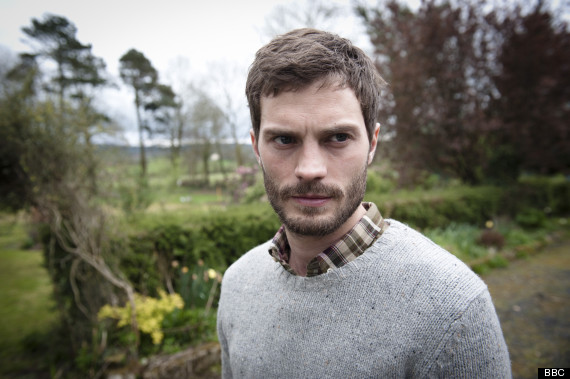 The new star of “50 Shades of Grey” is several steps down from Charlie Hunnam, the actor who resigned the post two weeks ago. Jamie Dornan is famous for being a Calvin Klein underwear model and the face of Dior cologne. His resume is pretty thin– just bit parts on minor TV shows. So there’s no place to go but up. Of course, Mark Wahlberg turned his Calvin Klein career into life as a respected actor and producer.

Will lightning strike twice? It remains to be seen. But now the “50 Shades” movie is shaping up as a true translation of the so called book from which it hails. If this doesn’t meet the standards of “Showgirls,” “Glitter,” and other notable guffaw fests, I’d be mighty surprised. Dornan’s best known role is boyfriend for two years of Keira Knightley.

And now: ten months of tabloid items goosing the public’s appetite for what will be much ado about nothing.

PS to Charlie Hunnam: you dodged a bullet.