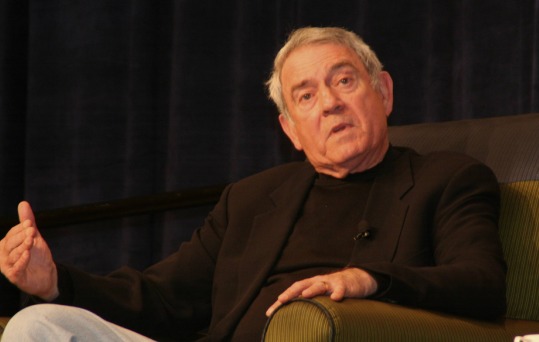 Dan Rather, whose report on CBS News of the Kennedy assassination 50 years ago is of historical importance, will not be looking back on his home network. Much the way Walter Cronkite was forced off CBS in his later years, Rather can’t go back. So he’ll be talking about the Kennedy assassination on a special “Today” show on NBC with Tom Brokaw on the morning of November 22nd. Rather and CBS parted company rather bitterly a few years ago.

CBS has planned its own special anniversary programming about the Kennedy assassination. They’ll undoubtedly tout the Cronkite material even though their senior news man was banned, ironically, all during the years Rather anchored the news. For CBS to ignore the Rather clips will be quite extraordinary, just as his appearance on NBC certainly blows a hole in their plans.