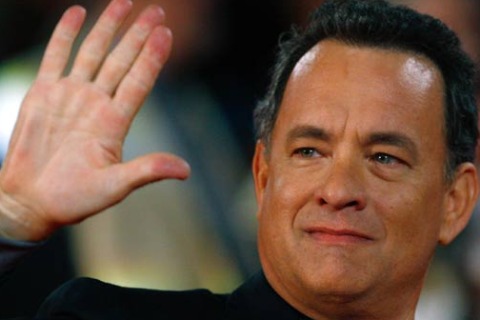 But movies are being seen, a lot by critics and insiders, not so much yet by real people in the real world, nor by Academy voters. So it’s all supposition at this point.

Every day or so, someone calls me after seeing “Gravity” or “Captain Phillips” or “Nebraska” and they say: “That’s it. I’ve seen the Best Picture.” Or “I know who the Best Actor is.”

Well, no one does. No one knows anything. It’s soon, there’s a lot to come. But I will tell you what’s happening with Best Actor. It’s going to be a dogfight.

First there are the vets. Tom Hanks and Forest Whitaker should be nominated respectively for “Captain Phillips” and “The Butler.” But they already have Oscars. Hanks has two– and still another movie, “Saving Mr. Banks,” which is not “Saving Private Ryan” which also starred Tom Hanks.

Robert Redford and Bruce Dern do not have Best Actor Oscars, although Redford has two statues– one for directing “Ordinary People,” another for his humanitarian work. So what do you?

They are all outstanding. Redford is the only cast member of “All Is Lost.” He barely speaks. But he is riveting. It’s the best work of his career. Dern as the wide-eyed alkie dad in “Nebraska” gives the performance of a lifetime. Neither can be missed or dismissed.

Of course, George Clooney could be in the mix for Supporting in “Gravity” and Lead in “Monuments Men” and for directing “Monuments Men.” You don’t know yet.

Then there are the newcomers. Chiwetel Ejiofor. No one can spell his name. He’s incendiary in “12 Years a Slave.” Idris Elba is perfect as “Mandela.” Michael B. Jordan is unforgettable as Oscar Grant in “Fruitvale Station.”

But then there’s Oscar Isaac, singing and acting, utterly a knockout in “Inside Llewyn Davis.” If Oscar Isaac isn’t nominated for an Oscar, I’ll…I’ll…what?

Who have I liked the best so far? I can’t say. It’s too early. But I am thinking that Johnny Knoxville in “Bad Grandpa” is the dark horse. Just sayin’….

And by the way, aren’t we lucky to have so many choices? Can you imagine if “Wolf of Wall Street” arrives, and Leonardo DiCaprio is thrown into the equation?