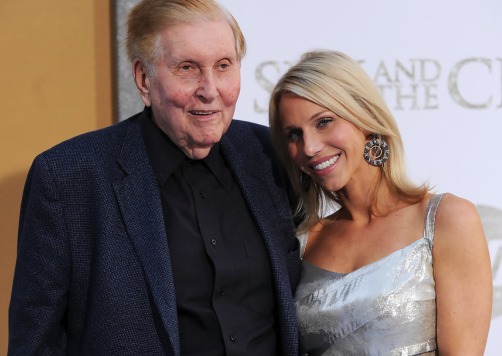 For all that money I hope Redstone and Malia Anderlin, his lady friend, get some good VIP Seats to see and hear Stevie Wonder, Alicia Keys and John Legend.

Luckily, the map for the Global Citizen concert in Central Park on Saturday shows exactly where the VIP section will be.

It’s hard to know what is motivating Redstone. Peace? Prosperity? Global Poverty Project and Global Citizen are advocacy groups. They do not donate money to poor people. They just get the word out that poor and hungry people exist, and that we should all do something about it. In 2011, they spent about a million on advertising, and another $600,000 on salaries and travel.