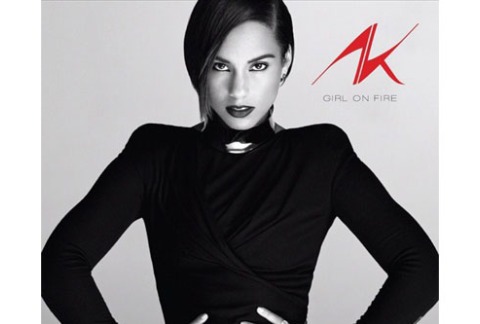 So: last December I told you that Alicia Keys et al. were sued by songwriter Earl Shuman. He and his songwriting partner had written the classic hit “Hey There Lonely Girl,” which was a big hit for Eddie Holman in 1969-70. Toward the end of “Girl on Fire,” Alicia sings a couplet from the chorus of “Hey There Lonely Girl.” It’s the melody and the lyrics. They’re not credited or cleared, and Shuman and his late partner weren’t paid.

I did wonder what happened. The situation is a lot like the Nirvana sample in Jay Z and Justin Timberlake’s “Holy Grail.” Only they paid for it and credited the group when “Smells Like Teen Spirit” pops up for no reason in their song.

Now I see that Keys et al. quietly settled with Shuman back in April and the lawsuit filed in the Central District Court of California was withdrawn. I had heard that Keys et al. had paid Shuman. It’s unknown whether Shuman will get his name added to the credits.

Keys is a prolific sampler and borrower of music. Her biggest hits are all based on pre-existing songs. “Empire State of Mind” comes from The Moments’ “Love on a Two Way Street.” “You Don’t Know My Name” comes from an obscure song by The Main Ingredient. And so on. In “Girl On Fire,” Keys also samples a drum riff from Billy Squiers. She had already used it once before in 2007 for another song.

Nevertheless “Girl on Fire” remains a track that’s held up for almost a year. It should be nominated for Record of the Year because the idea is original. I just wish Keys, who is so talented, would stop all the sampling. It undermines her legacy as a composer. She doesn’t need it.