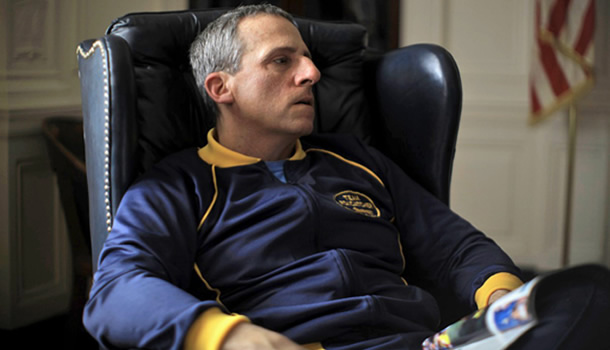 A third major film has been moved out of Oscar competition this fall. Bennett Miller’s “Foxcatcher” starring Steve Carell has been yanked from the schedule by Sony Pictures Classics. The reason? Like “Grace of Monaco” and “The Wolf of Wall Street” it just could not be ready in time. Now all eyes are on George Clooney and his “Monuments Men,” a film that also shot late into the spring and early summer. Believe me, everyone is crossing fingers that it too won’t suffer the same fate.

The elimination of “Foxcatcher” may also be a key signal in the Sony universe. The company had a lot of failures this year, with “After Earth,” “White House Down,” and “Elysium.” They simply can’t afford for “Foxcatcher” not to be right. Their only Oscar entry will be David O. Russell’s “American Hustle,” set in the 1970s and concerning the ABSCAM scandal. Sony is going through personnel changes in their marketing department, so they may have decided to put the brakes on until everything is just right.

All these films moving to 2014 will make scheduling very interesting. January is usually a month when movies get “dumped.” February 2014 will be light because of the Olympics. This means that April-May-June is suddenly going to be bursting with releases. And Cannes will be eyed as a big launching pad.