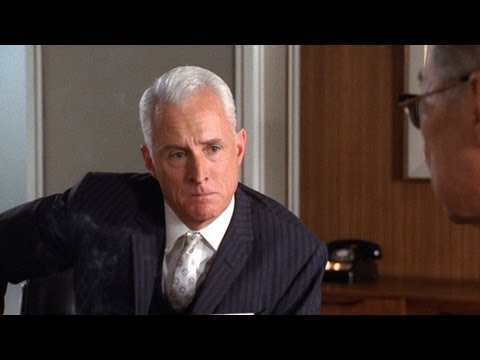 Hurwitz told me the planned “Arrested Development” movie is going forward, and that Slattery will be included as Dr. Norman. Slattery appeared in three episodes of the concluded Netflix season 3. Who else would Hurwitz include in the movie? “Anyone! I’d like everyone,” he said.

And then “Arrested Development” will develop into a season 4 following the movie. At least that’s the plan now. Netflix is only going to continue to grow after its huge launch with “AD,” “House of Cards,” and “Orange is the New Black.” It looks like “AD” will be a brand component of the non-network TV channel for quite a while more.

Slattery, by the way, looked very Roger Sterling last night at the Governor’s Ball in a perfectly worn tux, and holding a martini glass with a swizzle stick. I lamented to a friend of his that the Emmys were ignoring his “Mad Men” performance. The friend said: “And you know the great  thing? He doesn’t care.”

Slattery is not only doing other TV shows, he’s directed an indie film. He told me last night that he’s just finishing a cut of “God’s Pocket” based on a Pete Dexter novel, starring Christina Hendricks, John Turturro, and Philip Seymour Hoffman. We may see it in Sundance or Tribeca.