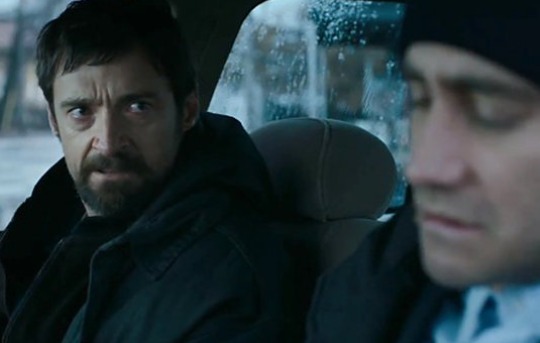 Hugh Jackman’s new film, “Prisoners,” is not ‘les miserables’ in the truest sense, but incredibly intense. In fact, there are a few times during this film about two little girls who are abducted from their suburban neighborhood when you do kind of flinch. Jackman and Terrence Howard, fathers of the missing children, exact some torture on the man they think took their kids (Paul Dano). At one point quite a few snakes slither across the screen.They are not the comedian snakes from “Snakes on a Plane,” either.

“Denis [Villeneuve, the director] actually had to cut a couple of scenes from the final version, Hugh told me at lunch yesterday at the Monkey Bar for the movie’s cast. “They were just too intense.”

Jackman, Howard and co-stars Jake Gyllenhaal, Paul Dano and Maria Bello were all on hand for one of those rare great intimate New York lunches to meet the stars and chat about the film. Michael Shannon, one of Jake’s pals, came, as did Gyllenhaal’s writer-director mother Noami Foner. Some New York actor stalwarts like Bob Dishy and Dana Ivey made the scene as well. Director Tony Gilroy (“Michael Clayton,” “Bourne Legacy”) was also Gyllenhaal’s guest. He’s producing “Nightcrawler,” written by his brother Dan Gilroy, and also starring Jake.’

I was lucky to sit across from musician and actor Ruben Blades. “Everyone thinks I died,” Blades said jokingly. “I was away for five years in Panama, helping with the arts and culture infrastructure. I actually read on the internet I was dead. But I’m back, and I’m making a couple of new albums.”

Blades also has a small role in “The Counselor” with Michael Fassbender, due next month. Over lunch he and Maria Bello had a long serious talk about micro-financing–how he does it in Panama, and she in Haiti. At the other end of the table, Shannon and Gyllenhaal were talking about Syria. And you thought Hollywood types were shallow!