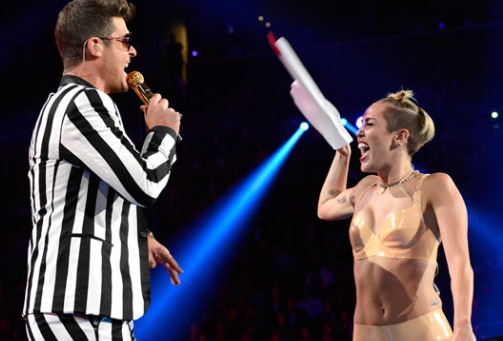 I love that headline because Miley’s new single is called “Wrecking Ball.” Anyway, the odd engagement of Aussie Liam Hemsworth and former Disney star turned Spears-fish Miley Cyrus is over. I told you that in Toronto Hemsworth basically looked right through me when I told him how much I liked “We Can’t Stop,” Miley’s other new single. He obviously doesn’t know what’s hit her lately. She’s young, she’s changing. She’s not wearing a lot of clothes. People magazine confirms the split, as they say in tabloid land. Everyone is moving on to the next round. It’s a slow Monday.
Watch the video. That will tell you all of it: