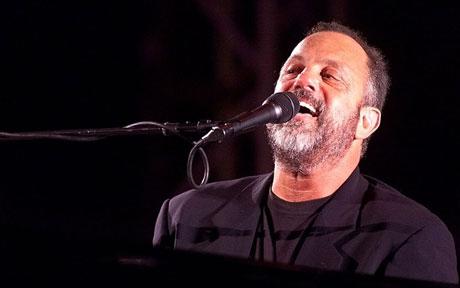 It was just last year that Billy Joel halted his publishing deal for a memoir and gave his advance back to HarperCollins. Now journalist Fred Schruers, who wrote the book with Joel, is going ahead with his own version. However, Billy has nothing to do with it. He emailed me this morning: “I am no longer involved in any kind of book project. Fred Schruers, however, is free to write any kind of book he wants.”

The Schreurs book will be published not by HarperCollins, but by Crown/Random House. When the original contract was cancelled, Billy’s complaint was that the publisher wanted lots of sex, drugs, and rock and roll– especially stories about Christie Brinkley, their break up, Billy’s financial problems with his ex brother in law (first wife Elizabeth’s brother), and his failed marriage to Katie Lee, who turned herself into  celebrity.

It’s unclear if Schruers will now go in that direction or stick to Billy’s music career. Joel was just named yesterday to receive a much deserved Kennedy Center honor. And he’s playing a string of dates in the UK in November.

Billy adds: “He [Fred] asked if he could write a biography after I decided not to do an autobio. I said it was okay with me.”
One thing’s for certain, Billy says: this new book has no connection to his reported “desire” to be on the bestseller lists like Bruce Springsteen or anyone else. Another outlet surmised that when they thought Joel was participating in the new book.