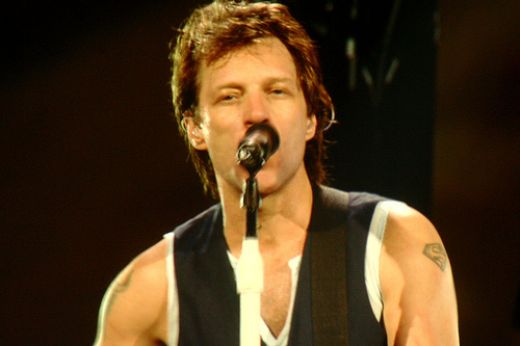 We await, as we do annually, the ballot from the Rock & Roll Hall of Fame for new inductees. So many have been left out over the years that’s it sort of mind blowing. In the here and now, both Sting and the group Bon Jovi stand out as waiting, waiting, waiting. Sting’s solo career is three times as long as his time with The Police. He should be in already. Bon Jovi is exactly what rock and roll is about: great songs, hard work, and perseverance.

This year, eligible for the first time is Nirvana. That should be a slam dunk among Jann Wenner’s nominating committee of friends, employees, and former staff. Melissa Etheridge would be the only other act that anyone could consider seriously in this year’s group unless you want to drag in Phish, Living Colour, or Kylie Minogue. No? Didn’t think so.

And then there is the long long list of acts who’ve been snubbed. Where do we begin? Carly Simon. Chicago. Hall & Oates. Linda Ronstadt. The Moody Blues. Billy Preston. Cat Stevens. Mary Wells. Todd Rundgren. And of course, Chubby Checker. And: Bruce Springsteen’s E Street Band, which didn’t make it the year Bruce was inducted. Shameful.

There’s more: how about Tina Turner? Roxy Music? Lou Reed? Steve Miller? There are also dozens of R&B acts who’ve been ignored. And several producers, from the late Phil Ramone to Richard Perry and so on.

The Rock Hall has been severely devalued in the last few years. Surely its meaning is not as heralded as it once was. But it would be nice, before the whole thing implodes, to tidy up and make sure the next inductees are ones who really deserve it.