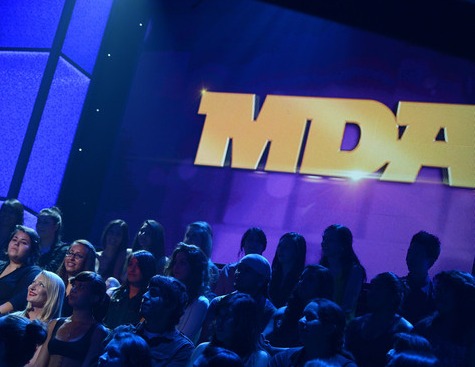 The two hour MDA “Show of Strength” on ABC has just ended. The organization’s website has a digital tote board (since the show was taped a month ago). It says they raised $17 million as of 11:20pm EST. Based on past reports it’s not clear if that was raised or pledged. But more importantly, there’s a problem and I can’t believe it.

MDA uses a group called MGive Foundation in Colorado to collect its donations given by text messaging. But according to Guide Star, MGive Foundation hasn’t filed its own Form 990 tax filing since 2010. That’s three years ago. Under GuideStar rules, MGive could be dropped altogether now because three years is their limit for groups not filing. (They actually filed their 2010 report two years ago and haven’t filed again.)

In 2010, MGive says it collected $21.4 million and had expenses– I am assuming this was the forwarding of donations to charities who used them–$19.4 million. Where did the other $2 million go? I have no idea.

I can’t I’m comfortable with a text donation middle man company that doesn’t file its own reports spotlessly on time. It’s certainly alarming that MDA is using them.

And the show: humorless. Canned. Devoid of personality. Very sad, of course, because the kids need help and need research and money for it. No question about it. Jerry Lewis’s name was invoked once, in passing. Slickly produced. The actual donations will be a result of the audiences’ genuine feelings for the kids. The rest of it looked like it was produced in Branson, Missouri for a generic charity.