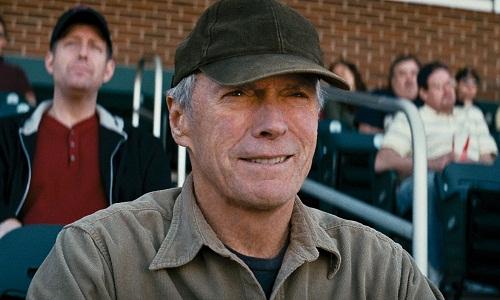 Clint Eastwood’s 17 year marriage to Dina Ruiz is over after 17 years and one daughter. They’re the second A list Hollywood marriage to tank this week– following Michael Douglas and Catherine Zeta Jones. Is a third couple lurking out there? Quite possibly. The Eastwoods were married in 1996.. They have a 16 year old daughter named Morgan.

Last year, Dina and Morgan and Clint’s daughter with Frances Fisher, Francesca, were all part of a reality TV show. This was so unlike Clint, and he didn’t want it. But he relented and regretted it. When I ran into him last winter he was dining with friends, no Dina in sight. He made it clear that the TV show wasn’t his idea, and that it was over.

Eastwood is now 83 years old. He will never retire. He’s currently shooting “Jersey Boys,” the movie based on the musical. During the marriage he’s directed “Mystic River,” “Million Dollar Baby,” “Hereafter,” “Invictus,” the wonderful “Gran Torino,” “Flags of our Fathers,” and “Letters from Iwo Jima” (in Japanese!),  acted in “Trouble with the Curve.” He’s relentlessly productive and successful. There’s no one else like him. In the last 20 years he’s won Best Picture and Director twice in a combo, for “MDB” and “Unforgiven,” his masterwork. Maybe Dina thought he’d retire some day.

Around them, everyone knew the marriage was over some time ago. Still, it’s sad. Now if we get one more couple this week, it’s a trifecta, hat trick. Place your bets.