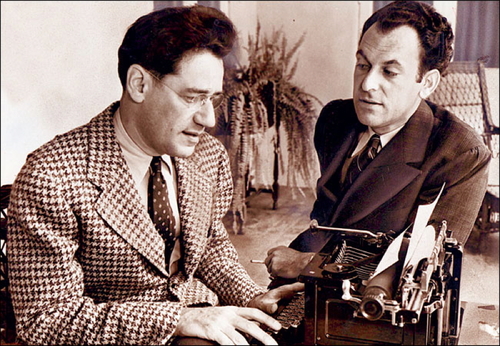 This is exciting news if you are older or wiser: famed playwright Moss Hart’s beloved memoir, “Act One,” is being turned into a play. And that play is coming to Lincoln Center next spring thanks to the great James Lapine. He’s adapted the book and will direct the production.

Trust me, this story will get three hits among readers younger than 50. But Moss Hart and George S. Kaufman wrote the most wonderful plays ever including “You Can’t Take it With You” and “The Man Who Came to Dinner.” He and Kaufman also wrote the screenplays for “A Star is Born” (with Judy Garland), “Gentleman’s Agreement,” “Hans Christian Anderson,” and “Winged Victory.” You know, real movies.

Moss Hart was married to the late Kitty Carlisle Hart, who became a New York icon in her own right and carried on his legacy for years and years after he died in 1961 at the much too young age of 57.

Lapine and casting director Daniel Swee are looking for someone great to play Moss, a guy in his mid 20s with a New York Jewish sensibility.

Anyway, the weird thing is I recently found a first edition of “Act One” and put it away for safekeeping. Now I’m going to dust it off for a re-read ASAP.