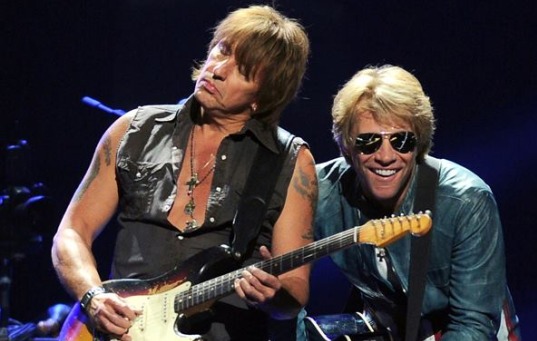 Richie Sambora, guitarist extraordinaire, has NOT been fired from Bon Jovi. He’s not leaving the band after 30 years, as US Weekly has been proclaiming since early this afternoon. I’ve got it straight from the inside. What did happen: since Richie is not the fall Bon Jovi tour, his tech guys were let go rather than be paid to do nothing. So Sambora is not on this leg of the tour. What’s happened between him and Jon Bon Jovi? Let’s just say they have “issues.” Will Richie play on the next Bon Jovi album? It’s likely. US Weekly seems to have taken the story that Richie wasn’t on the tour and played “telephone” with it. Like all Bon Jovi fans, I can only hope that Jon and Richie mend their fences soon and get back to work making great music.