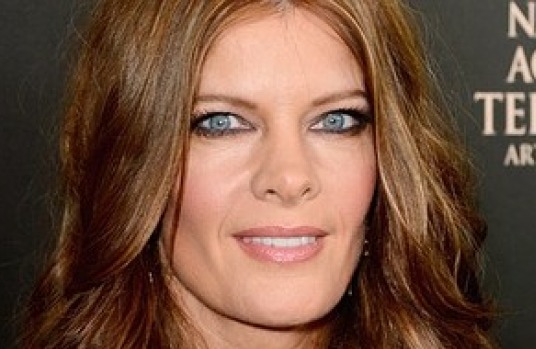 EXCLUSIVE: You’ve got to hand it to the friends of Xenu: they are a clubby bunch. Earlier this summer Michelle Stafford, a top celeb Scientologist, left her Emmy winning role on CBS’ “The Young and the Restless” after 16 years. No one knows why exactly. Stafford told the soap opera press she was “done.” Her role will likely be recast.

So what did Stafford leave for? To make a YouTube series with her Scientology pals. “The Stafford Project” so far is just two episodes, each around 9 minutes long. The “project” is a reality series in small installments, all about Stafford’s so called real life as a single mom of a baby delivered by surrogate.

But what “The Stafford Project” hasn’t addressed yet is that everyone involved in it is a Scientologist. No less than two of them actresses named Paige– Goodman and Long. They are all well versed students of L. Ron Hubbard. They write and produce the show with Stafford. Goodman (then called Paige Dorian) was ex-member Lisa Presley’s assistant and minder for eight years according to reports.

So far all the male actors are members of the cult, too– Sevier Crespo and Robert Filios, as well as actor Eric Matheny.

And they’re not alone. The composer of music for “The Stafford Project,” Holly Palmer, has a long list of Scientology courses under her own at www.truthaboutscientology.com

Stafford has been with Scientology since 1990, and has worked her way up to OTVII, which means she may have secret information about desert rendezvous with aliens. Stafford had been married several times on “Y&R,” kidnapped, tried to run enemies down with her car, but never got to play that story out. Maybe she will on “The Stafford Project.”

Ex-Scientologist and vocal critic Mike Rinder has an interesting take on Stafford’s peculiar exit from “The Young and the Restless.” He says it’s because Stafford would not work on the same show  as another ex-cult member, actor Michael Fairman, who plays the recurring character of Murphy. http://www.mikerindersblog.org/voldemort-19-july/

Fairman left Scientology in the last couple of years because he didn’t agree with David Miscavige’s controversial leadership. “Y&R” also boasts at least one other Scientologist in its cast– Sharon Case, a milquetoast actress who’s been taking courses since 1986. Her character, also named Sharon, was recently diagonosed with bi-polar disorder in order to explain her sociopathic behavior.

Also read Tony Ortega’s excellent piece on Fairman who told him, “I kind of dislike [Tom Cruise] for what he has allowed to go on.”