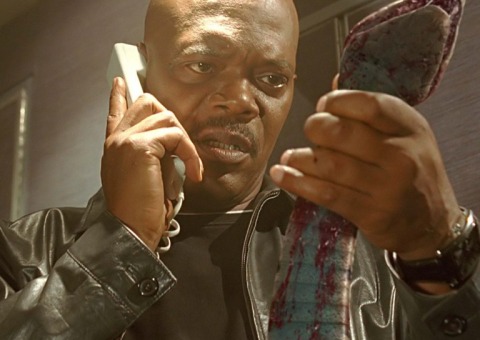 The great Samuel L. Jackson is known for many films, but his all time stand out cult hit is “Snakes on a Plane.” Rarely has a bad film been so enjoyable. At this week’s premiere of Wong Kar Wei’s “The Grandmaster,” Jackson and I speculated about a sequel to “Snakes.” Jackson said, “A sequel would be bigger now than the original. Because no one knew the original. Now they’d be up for it and expecting a lot.” He’s right. There are two ways a sequel could go, he agreed. “Either Rats on a Plane, or Snakes on a Train. Or both!” As yet, no one has proposed either except for us.

Jackson wasn’t the only major name at “The Grandmaster” premiere. Susan Sarandon, Oscar winner and ping pong magnate, showed up to see the most lyrical, imaginative and poetic martial arts movie ever made. She and Jackson were each very interested in spending time with the director as well as stars Tony Leung and Ziyi Zhang. Famous fashion designer Anna Sui installed herself at the head of a main table at Royalton restaurant ’44’ and accepted visitors, which was pretty weird. Natasha Lyonne and the very odd Judah Friedlander were among the guests.

But mostly people couldn’t stop talking about “The Grandmaster,” which will be Hong Kong’s entry for the Academy Awards this year. Wong Kar Wai has made probably his best and most expressive film, a masterpiece that will startle martial arts fans. It is not violent. And in its third section, martial arts all but give way to a romantic aspect and a history lesson. That’s because “The Grandmaster” traces the history of Bruce Lee’s teachers up to his introduction. It may be the most exciting action adventure film of the year. It’s without a doubt the most artistic. “The Grandmaster” opens on August 23rd.