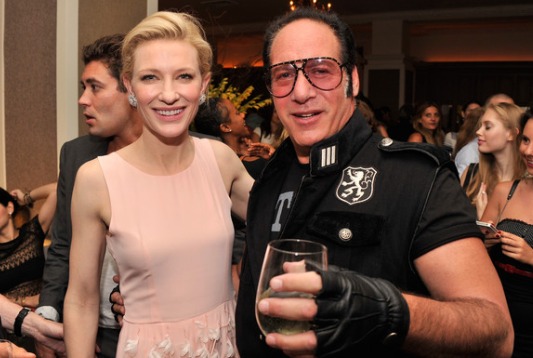 Three years ago, Woody Allen had the biggest surprise of his long, illustrious career” Midnight in Paris” became his most successful movie ever, bringing in over $56 million in the U.S. alone. Who knew?

Now Woody, in his late 70s, may be experiencing deja vu all over again. “Blue Jasmine” is on pace with “Midnight in Paris” and actually doing a bit better. This weekend “Blue Jasmine” brought its total after 17 days $6.2 million. In 17 days, “Midnight” had $6.8 million banked. The difference: “Blue Jasmine” is playing in about 40 fewer locations.

There are some other differences, too. “Midnight” was wonderful but was considered an ensemble piece. No lead or supporting actors jumped out for awards consideration. “Blue Jasmine” is like an Oscar fest. Cate Blanchett is already being talked about for Best Actress in unprecedented performance, Sally Hawkins and Bobby Cannavale each have Supporting possibilities. And the movie also has the novelty of Andrew Dice Clay.

Sony Pictures Classics only has to keep “Blue Jasmine” at a low boil for the next couple of months. Eventually they can pull it, then bring it back to theatres once nominations come in. In the meantime, the Madoff theme of the movie is obviously touching a nerve with the public, as well as with fans of Tennessee Williams– not to mention Woody Allen fans and devotees of Cate Blanchett. Could “Blue Jasmine”  break the $56 million Woody all time high? It seems very possible right now.