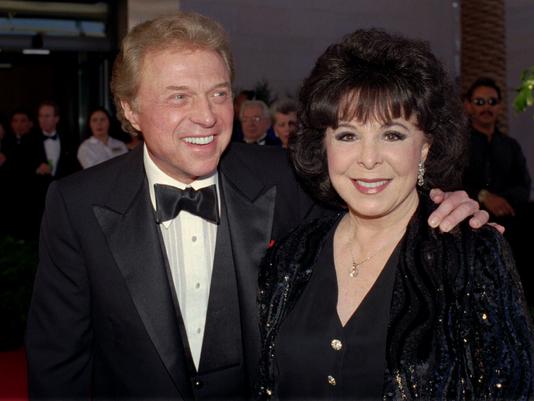 Sad news: Eydie Gorme has passed away at age 84. She was of “Steve and Eydie” fame with husband Steve Lawrence, the great pop singer of the late 50s and early 60s. Steve and Eydie were staples of the early Tonight shows with Steven Allen and Jack Paar because they were great singers with lot of charisma, good looking, and lots of fun. They ran against the tide of rock and roll as it devoured the culture, staying steadfastly square in a tumultuous world. Their ascension also coincided with the election of John F. Kennedy, because as the John and Jackie were the shiny young couple in the White House, Steve and Eydie were like their showbiz counterparts.

Later in the 70s, acts like Paul and Linda McCartney would become known as “the Steve and Eydie of rock and roll.” It was said a little sneeringly by rock fans, but that tag really was affectionate. It signaled having a long marriage, two people who worked together and really loved each other. In the 80s, Steve and Eydie became hip again. They toured with Frank Sinatra, appeared with him on television, and helped him with his songs as the King of all Crooners had trouble with his memory.

The couple had lots of hits together and apart. Lawrence hit the charts with “Go Away Little Girl.” Eydie had hits in Spanish based on her Sephardic Jewish upbringing. She is probably most remembered for “Blame it on the Bossa Nova.” Eydie was a cousin of pop singer songwriter Neal Sedaka.

And they had popular records together. Their signature song was “This Could Be the Start of Something Big.” It’s still the greatest. RIP Eydie Gorme. She will be much missed.