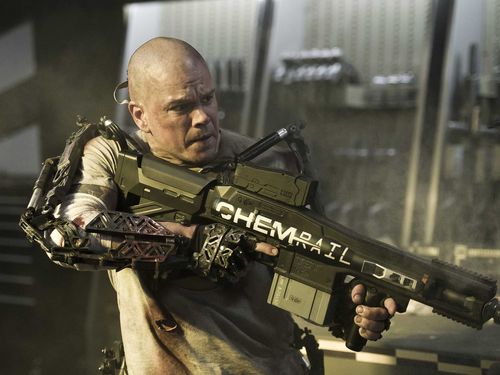 Strike three? Well maybe not a strike exactly, but a foul ball to the outfield. Sony’s “Elysium” took in $30 million over the weekend. That’s $5 mil less than the worst estimates, and $7 million less than similar films of its genre for an opening. “Elysium,” a sci-fi thriller starring Matt Damon, cost around $150 million- and that’s a conservative estimate.

For Sony, it’s just more bad news. This is their third tentpole movie to fail this summer, following “After Earth” and “White House Down.” They have comedy hits with “Grown Ups 2” and “This is the End.” And Tom Hanks is looking in what should be a nice hit with “Captain Phillips.” But “Elysium” will fall off quickly.

Unless international audiences really take to it, the Neill Blomkamp film is going to be more fuel for a fire started by investor Daniel Loeb. George Clooney, who has another Sony hit coming this winter with “Monuments Men,” recently warned off Loeb from causing trouble in the boardroom. But there’s little doubt that Loeb will use the disappointing results of “Elysium” to cause more trouble.

The other new entry this weekend, “We’re the Millers,” was also far off the mark. The Jennifer Aniston comedy took in $26 million, much below its expectations. It made $2 million less than “Horrrible Bosses,” a successful comedy that also matched Aniston with Jason Sudeikis. Warner Bros is still trying to figure out how badly “Pacific Rim” really did. Add that Disney’s disaster with “The Lone Ranger” and some other, smaller catastrophes and this summer hasn’t been a walk on the beach for almost anyone.