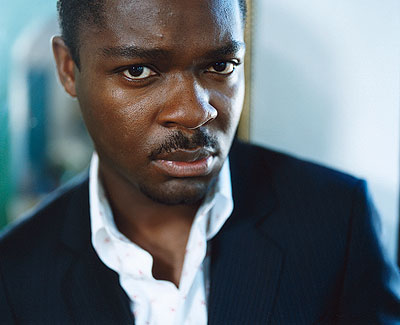 “Selma” was the movie Lee Daniels was trying to put together until “The Butler” set his silver tray down in Daniels’ lap. The rest will be history when “The Butler” opens August 16th.

So what happened to “Selma”? Ava Duvernay, whose debut “Middle of Nowhere” was an indie hit in 2012, is taking over.

“Butler” star David Oyelowo, who plays Forest Whitaker’s son with breadth and imagination in the Daniels film, is set to play Martin Luther King. And I can tell you that Liam Neeson, originally thought of to play Lyndon Johnson when “Selma” was Lee Daniels’ movie, will indeed get that chance. Some of the other actors from Daniels’ cast list, like Robert DeNiro and Hugh Jackman, may be signing up as well.

Duvernay is making a name for herself as a director but when I met her she was Jennifer Hudson’s publicist on “Dreamgirls.” So brava for her. And Oyelowo is a 37 year old overnight sensation. Just watch him get a nomination for Best Supporting Actor in “The Butler.” His character, Louis, drives the story as he experiences the entire civil rights movement.

All these civil rights roles are something of a learning experience for Oyelowo. Even though he carries off a perfect American accent, he is quite British you know, and grew up in London. Six years of living in Los Angeles has helped make him sound and act more American. Tis a pity, I’m sure.

Filming for “Selma” is supposed to begin right after the new year in January 2014.