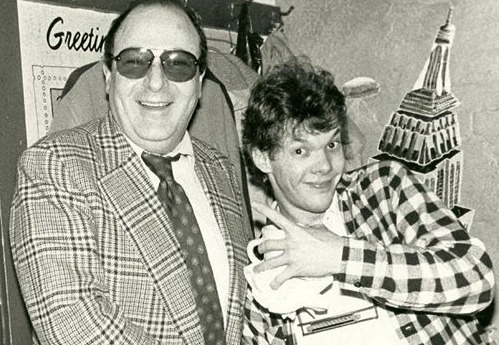 I am so sorry to hear that Nat Weiss, a legend in the record business, passed away last Wednesday. Nat lived on the Upper East Side in a magnificent apartment filled with Beatles memorabilia and other references to his long standing in the music biz. He was an early lawyer and friend of the Beatles’ manager Brian Epstein. They even formed a record company called Nemperor in 1966; later Nat released some key jazz records in the early 70s through Nemperor. Nat was the Beatles’ early merchandise rep, and was in on the ground floor of everything. Keep updzting– I’m going to fish out an interview I did with Nat in 1990 about Paul and Linda McCartney. He was a great help. Mostly what I remember now is the amazing apartment and the fact that he had a “houseboy.”

Nat, along with Coconut Management’s Danny Fields and the late Linda Stein, gave me my start with “Alive On Arrival”, which I recorded for his label, Nemperor Records.

For the last couple of years, due to severe knee and then back problems, he wasn’t able to get out and about, and so has been missed, in that sense, by many people for a while now. (Mark Lewisohn, renowned Beatle authority, was able to interview him extensively about a year and a half ago.)