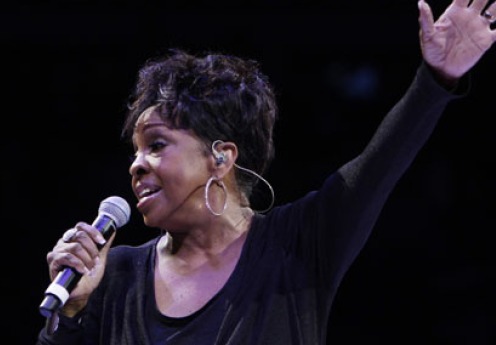 So: when I saw Lee Daniels’ “The Butler” at an early screening, there was a little section in the mid 1970s that featured Gladys Knight and the Pips singing “Midnight Train to Georgia.” But last night, in the same spot, there was another Gladys Knight song, and this one was all new and original. It’s called “You and I Ain’t Nothin’ No More.”

It turns out that just three weeks ago, Lenny Kravitz– who’s in the movie– was asked to write a new song to give “The Butler” an entry for that Oscar category. A few singers were considered including Diana Ross. But sources tell me that everyone involved just wanted Gladys. The song as it is now in the movie is an acoustic version. I’m told that a fuller version, with a symphony orchestra, will make it into the final print.

Kravitz told me last night at the premiere of “The Butler”: “Gladys is one of the most underrated singers of all time. I mean, overshadowed. She’s phenomenal. And her voice remains amazing.” I agree. Gladys is undoubtedly the best female vocalist ever to come from Motown. Hands down. And now she’s on her way to an Oscar nomination. I am sure we’ll see her on the stage of the Dolby Theater next March 2nd.