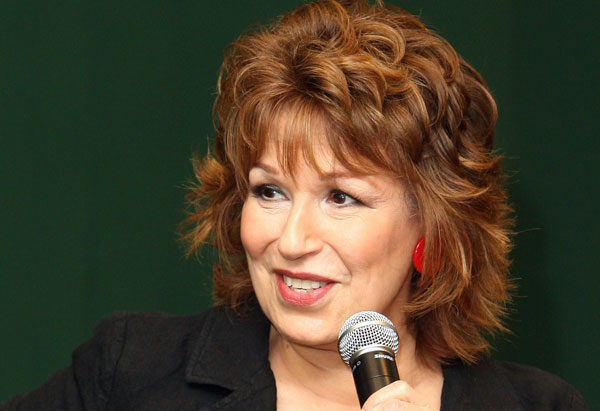 Joy Behar gets a one hour exit special from “The View” on August 9th, next Friday. It was taped yesterday. Mario Cantone hosts. Tony Bennett sings. Alan Alda and Joan Rivers are among the guests. I love Joy and think she deserves this. But it’s funny considering three weeks ago Elisabeth Hasselbeck came in, gave notice and left the same day. I wrote about it: here’s your hat, what’s your hurry?

Hasselbeck did not return for Behar’s special. I don’t think her name has ever been uttered again since her abrupt departure. She did not get a special. I’m not sure she got cab fare. Behar’s sixteen season run is unprecedented. She outlasted Meredith Vieira (who did come by), Rosie O’Donnell, that blonde girl from MTV who was on in the beginning, and cadres of guest hosts.

Joy is witty, smart, literate, funny, fast. I hope she gets another show at CNN or HLN. She was the bright spot on the HLN roster during her run there with a nighttime show.

Jenny McCarthy arrives in the fall, added to Whoopi and Sherri. One more yakker will be added, too. And as Barbara Walters glides into retirement, Whoopi Goldberg becomes the senior sage. She will keep McCarthy in line if the former MTV host starts squawking about autism and inoculations.