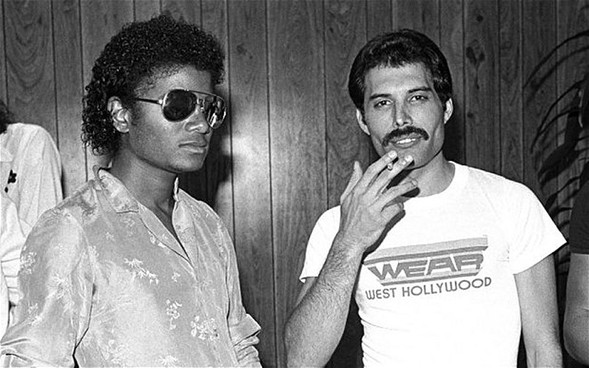 Well, well. Everything is on YouTube, isn’t it? Thanks to many Michael Jackson fans, we learned that both of the demos Michael did with Freddie Mercury are already available in their original form. Who knew? (Apparently like half a million people.)

So here are they are. “There Must Be More to Life Than This” is ironic since both singers are no longer with us. That’s the song Queen wants to put out; Freddie wrote it. The estate says they’ll listen to a finished version and decide whether or not to grant permission.

“State of Shock,” belongs to the Jackson estate, which says it will not release it officially.