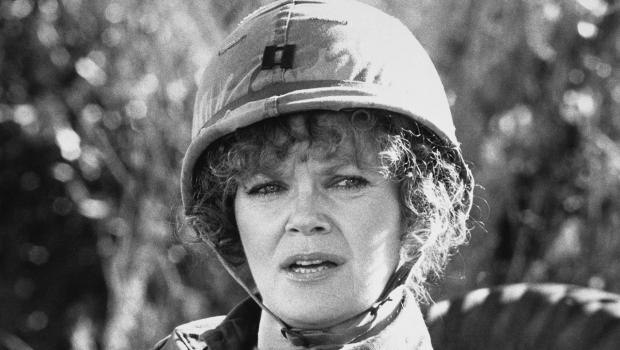 Eileen Brennan has passed away at age 80. It’s amazing that she lived that long, because her 1982 accident was so devastating. She and pal Goldie Hawn were leaving a restaurant in Venice, California when a car hit Brennan. She had so many serious injuries, and it took a long time to recover. The pain from the accident led to an addiction to painkillers. She also had to overcome breast cancer. As my grandmother used to say of some people, she had no luck.

But Brennan was such a popular star from 1970 to that moment. She’d been featured in Peter Bogdanovich’s “The Last Picture Show,” and went to be into more of his films– “Daisy Miller” and “At Long Last Love.” In 1973, she was again featured strongly in “The Sting” with Robert Redford and Paul Newman.

Then in 1980 came her watershed moment playing opposite Goldie in “Private Benjamin.” She received an Oscar nomination for Best Supporting Actress and won a Golden Globe.

Even after the accident and recovery, Brennan worked constantly. She won an Emmy for the “Private Benjamin” TV series, and picked up six other Emmy nominations over the course of her career. She never stopped working, from stints on “Will & Grace” to “7th Heaven” and lots of other series.

But you always wondered, if she hadn’t been hit by that car– there certainly would have been more movie work. Her husky voice, a cool sensuality and a lot of smarts made her a very appealing presence on the screen. She was someone everyone looked forward to seeing on film. Eileen Brennan will be much missed but never forgotten.