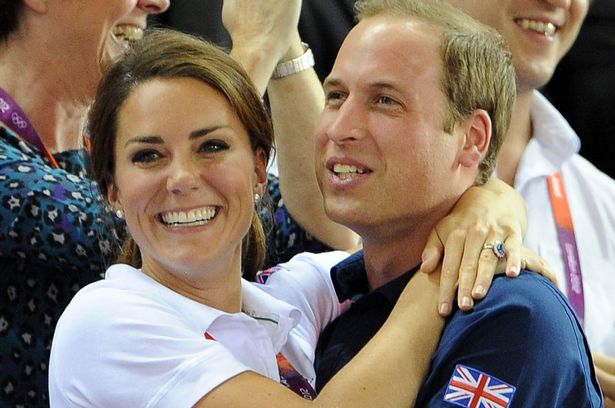 The unnamed royal baby and future King of England was introduced a little while ago. William and Kate brought the baby outside and showed him off to press and some fans, and lots of security. They were as unpretentious as possible and really disarmingly lovely. William, who will be King first, noted that his son had “a good pair of lungs on him, that’s for sure” and that he was “quite heavy” (he’s eight pounds six ounces).

William also said, “We’re still working on a name.” And: “It’s the first time we’ve seen him really. So we’re having a proper chance to catch up.” The couple also said it’s a very “emotional” time.  “He’s got her looks, thankfully.”

You’ll note that William returns with a car seat, jumps in the driver’s side of his Range Rover with a bodyguard, almost like any other first time dad. William and Kate will do a lot to humanize the cold, distant monarchy after Queen Elizabeth’s aloof rule, and Charles’ scandals with Diana and Camilla.